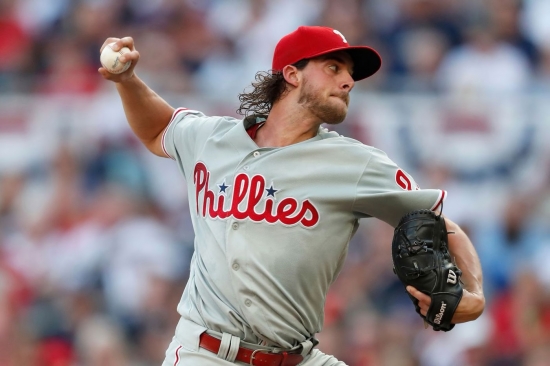 After a fruitful career at LSU, Aaron Nola was a First Round Pick by the Philadelphia Phillies, which is the only MLB team that he has ever played for.

Nola’s first two years in the Majors were uneventful, but in 2017 he was a more confident Pitcher and posted a respectable 12-11 record with a 3.54 ERA and 184 Strikeouts.  That year was a building block for what has been to date the best year of Nola’s career.  2018 saw Nola went 17-6, was an All-Star and was third in Cy Young voting.  Nola threw 224 Strikeouts that year and was first in bWAR for Pitchers.  The native of Baton Rouge did not do as well in 2019, but he posted a decent 12-7 record and broke his single-season Strikeouts mark with 229.  He remained strong in 2020, finishing third in Strikeouts.

As of this writing, Nola has completed seven seasons with the Phillies and is one of their best players.