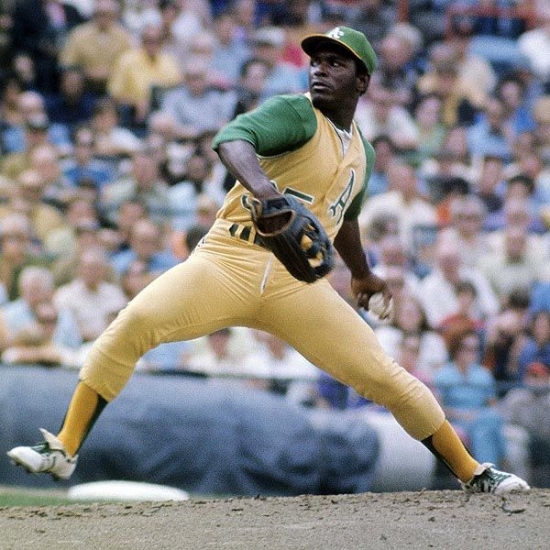 Vida Blue was a unique pitcher in that he was a southpaw who known for his power.  Blue first cracked the Athletics roster in 1969 but would spend most of that year in 1970 in the minors.  Oakland thought they had something in Blue, who would begin 1971 as a starter.  What happened that year was one of the most incredible campaigns ever for an Athletics Pitcher.

As part of the mid-70s fire sale, Charlie O. Finley sold Blue’s contract to the New York Yankees in 1976, but it was blocked by the league due to the belief that the trade was unfair.  Finley would eventually deal Blue within the Bay Area to the San Francisco Giants after 1977.

He would finish his run in Oakland with a record of 124-86 and 1,315 Strikeouts.  He would go to three more All-Star Games with the Giants.