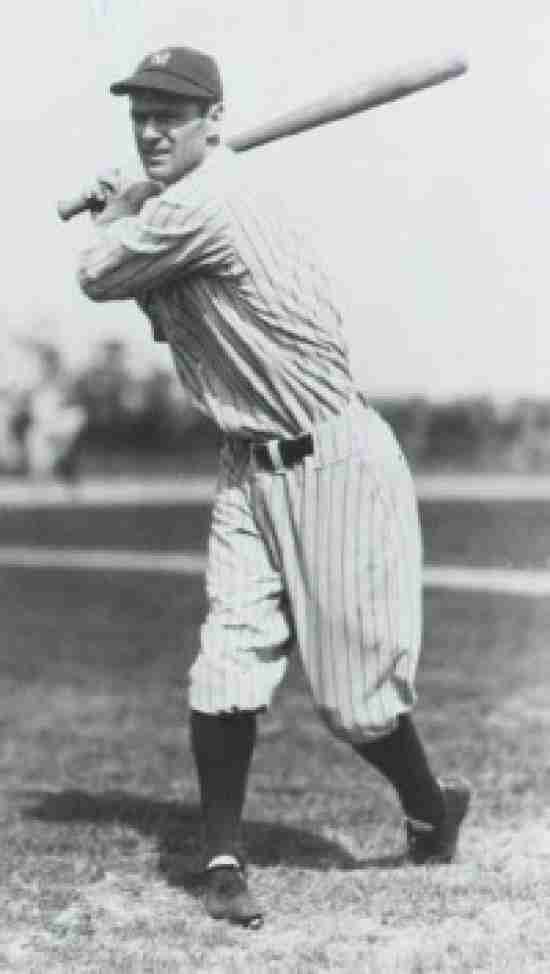 Earl Combs played with New York for all of his twelve seasons in Major League Baseball and he was one of the sweetest hitters in the game.  Combs would bat over .300 eight years in a row and had a very impressive career average of .325.  He also had excellent plate discipline with an On Base Percentage of .397 and six campaigns exceeding the .400 mark six times.


A 1970 Veterans Committee Hall of Fame Inductee, Combs was a three-time World Series Champion and was known throughout the league as one of the most consummate team players in baseball history.  Combs, a three-time Triples leader would collect 1,866 Hits over his career.

Combs would win six more World Series rings as a coach with the Yankees, and was inducted into the Baseball Hall of Fame in 1970.