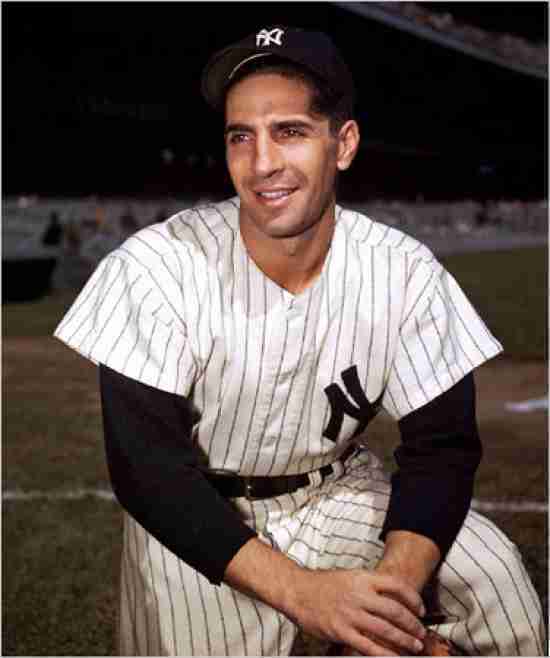 Before Phil Rizzuto became known to a generation for his broadcasting, “Scooter” was the star Shortstop who played his entire career for the New York Yankees.


Rizzuto was not exactly a “Bronx Bomber” as he only had 38 Home Runs, but what he did do exceptionally well was execute the small ball aspect of the offensive game.  Rizzuto would still collect a lot of hits, 1,588 in total, and supplemented that with decent speed, providing 149 Stolen Bases.

Defensively speaking he was spectacular.  In six seasons, he would provide a Defensive bWAR over 2.0 and would be a three-time leader in that stat.  In Rizzuto’s 1950 season he would win the American League MVP Award, which would have also made the devotees of advanced metric, as he was the overall bWAR leader amongst batters.  Of course, he is a seven-time World Series Champion, which is the most important stat of all!

He would be inducted into the Baseball Hall of Fame by the Veteran’s Committee in 1994, nine years after the Yankees retired Rizzuto's number 10.