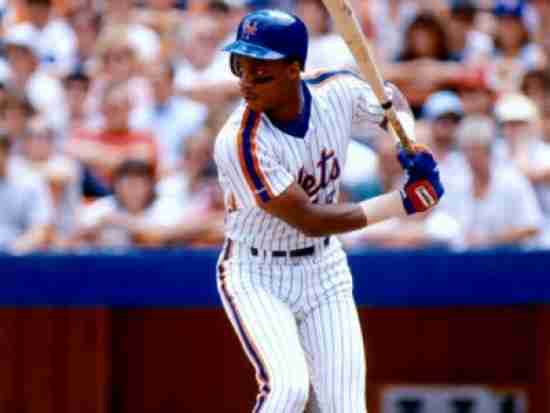 Like Dwight Gooden, the story of Darryl Strawberry should have been greater, but we know the drug issues that he had that affected his career.  Still, it cannot be forgotten what a major star that Strawberry was and the incredible athleticism that he displayed on the field.


Strawberry was the National League Rookie of the Year in 1983 and over the 80’s was one of the big impact players of the game.  Granted, he could be a locker room cancer, but can you imagine the Mets winning the 1986 World Series without him in their lineup?  As a Met, “Straw” would go to seven All Star Games, never had less than 25 Home Runs and would have six seasons where he slugged over .500.  In 1988, he would win the Home Run, Slugging and OPS Titles while finishing second in MVP voting.

Darryl Strawberry may not be the best Met of all-time but he might very well be one of the most well known.