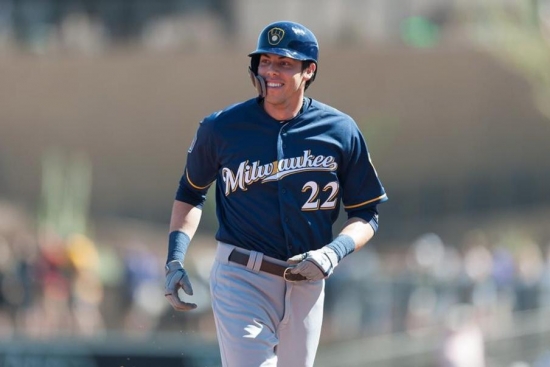 Is this ranking too high, too quick?

Initially, we thought so, but there is nobody in the history of the Milwaukee Brewers that had two seasons back-to-back like Christian Yelich.  We can even argue that there is nobody even close.

This is a list that also places equal relevance to seasonal accomplishments as well as accumulative, so here we are!

Yelich was traded by the Miami Marlins before the 2018 campaign, and Marlins players and fans were irate.  They became even more so, as Yelich’s promise was realized as he won the Batting Title (.326), the Slugging Title (.598), and the OPS Title (1.000).  Yelich would also blast 36 Home Runs with 110 RBIs, and he was named the National League MVP.  2019 was almost as good, but he was injured late in the season prior to the Brewers playoff run.  In 130 Games, he belted 44 Home Runs, and swept the Slash Line (.329/.429/.671).  He would finish second that year for MVP voting.  In those first two seasons as a Brewer, he finished first in Win Probability Added and was first and second in bWAR for Position Players.

Yelich struggled in 2020, and his 2021 was mediocre, especially based on the standards he set.  If Yelich can get health and rebound, the sky is the limit, but if that never happens, his impact as a Brewer has already been felt.