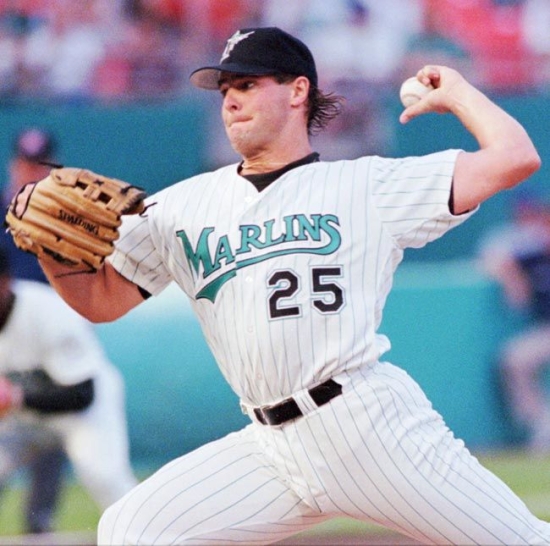 Oft-injured with the Toronto Blue Jays, Al Leiter bolted from the Jays as a Free Agent in 1996 for the sunnier skies of Florida.  It was there where he was finally healthy and showed what he was capable of all along.

Leiter posted a 16-12 Record with an ERA of 2.93 in his first Marlins year, and he was an All-Star for the first time in his career.  The year after, Leiter was not as good (11-9 4.324 ERA), but he was part of a rotation that took Florida all the way to the World Series, which they won by beating the Yankees.

Like so many 1997 Championship Marlins players, Leiter was part of the biggest baseball fire sale until the team did it again after their 2003 Title.  He was traded to the Mets, though he returned as a Free Agent for an ineffective year in 2005.  With the Marlins, Leiter won 30 Games against 28 Losses with a 4.07 ERA.

If Leiter's rank comes across as low, he was prone to walk too many batters and had a Marlins WHIP well over 1.4.