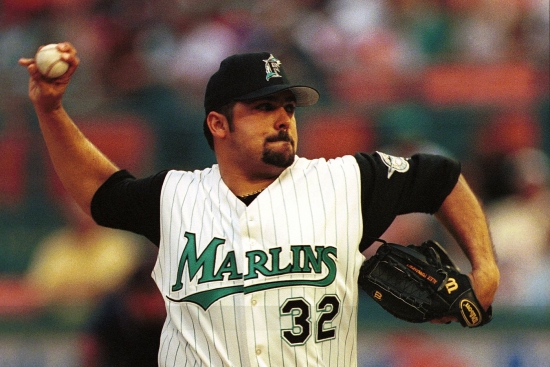 Alex Fernandez played the first seven seasons of his career with the Chicago White Sox, with the last four establishing himself as one of the better Starting Pitchers in Baseball.  A Free Agent going into 1997, Fernandez signed with his hometown team, the Florida Marlins, and was ready to help take them to the next level.

Fernandez had a really good 1997, going 17-12 with a 3.59 ERA with 183 Strikeouts.  The Marlins made the playoffs, but Fernandez was injured in the NLCS and was unable to participate in the 1997 World Series, though he won a ring anyway as Florida won it all.  His injured shoulder kept him out of the entire 1998 season and kept him to only 32 more starts when he returned, and he retired after the 2000 Season.  Fernandez had a 28-24 record with 301 Strikeouts and a 3.59 ERA as a Marlin.