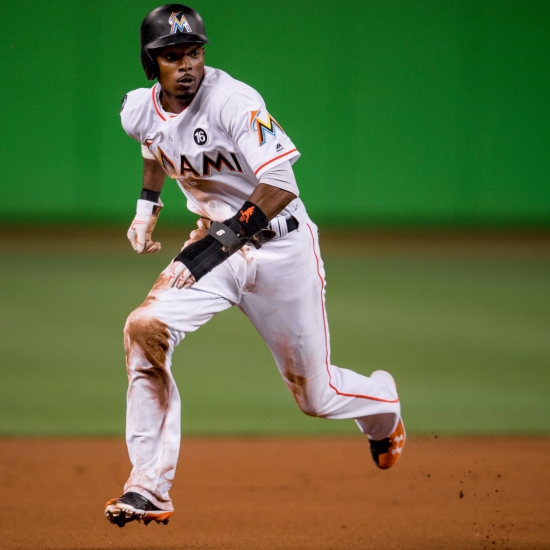 The Marlins aren't known for trading for All-Stars, but in a seven-player deal with the Los Angeles Dodgers after the 2014 Season, Dee Strange-Gordon, a reigning All-Star, was sent to South Beach.

Strange-Gordon's first year as a Marlin was his best in the sport.  Not only did he repeat as a National League All-Star, the Second Baseman won the Batting Title (.333) and was the top leadoff man in the league.  Strange-Gordon led the NL in Hits (204) and Stolen Bases (58), and while his power numbers were light, he was still awarded the Silver Slugger.  Throw in the Gold Glove, and you have one hell of a year!

Strange-Gordon might have answered where this league came from as he was popped for an 80-Game Suspension in late April of 2016 for PEDs.  He played 79 Games that year, accruing 30 SB with 87 Hits, but the suspension crippled his reputation.  DSG had another year with the Marlins, a good one where he batted .308, had 201 Hits, and led the NL in Stolen Bases (60).  The Marlins sent him to Seattle, where his career fell off, and he left Miami with a .309 Batting Average, 493 Hits, and 148 Stolen Bases.