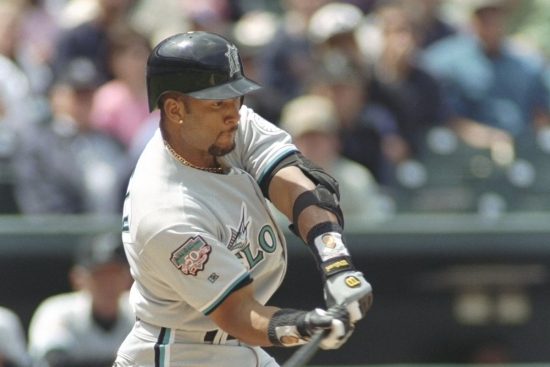 A member of the rare 500 Home Run club, Gary Sheffield accomplished that feat over eight teams, with two of them being clubs he had at least 100 HR.  The Marlins were one of those teams.

The Marlins were Sheffield’s third team, and he was traded from San Diego to Florida midway during their expansion season.  Sheffield had the power, speed and average, and he had his best season with the Marlins in 1996.  That year, he smacked 42 Home Runs, 120 RBIs, and led the NL in OBP (.465), OPS (1.090) and OPS+ (189).  Sheffield won the Silver Slugger that year, and was sixth in MVP voting.

Sheffield had a down year in 1997, but it didn’t end that way.  The Marlins shocked everyone by winning the World Series in only their fourth year of existence, with Sheffield hitting a Home Run in every series.  There should have been so much more for Sheffield in South Beach, but right after the Marlins won it all, they went into garage sale mode, with Sheffield being traded during the ’98 season to the Dodgers.