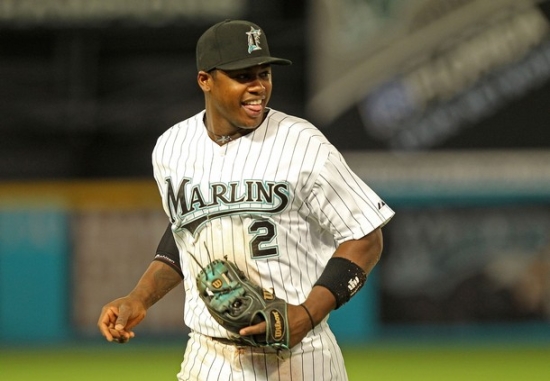 When we talk about the Marlins players, like we did with Giancarlo Stanton, the real good ones are often traded to avoid paying expanding salaries.  This would also be the case with Hanley Ramirez, but it is also the method in which he arrived.

After playing only two Games for the Red Sox in 2005, he was traded at season's end to Florida as one of the many players sent in exchange for Josh Beckett and Mike Lowell.  Ramirez became an instant player with the Marlins, winning the National League Rookie of the Year.  The Shortstop had no sophomore slump, increasing his stats and finishing tenth for the MVP.

Ramirez had similar stats in 2008, but he was an All-Star this time, and he led the NL in Runs (125).  He would go to All-Star Games in the next two years, with his 2009 being especially remarkable, as he won the Batting Title (.342) and finished second for the MVP to the legendary Albert Pujols.

The Marlins would do what was typical for them, and they traded Ramirez when they could no longer afford him, with the Dodgers being his landing place, although the Marlins was where by far Ramirez was most successful.

As good as Giancarlo Stanton was, it is Ramirez who is the current franchise leader in Offensive bWAR, a testament to his abilities and a knock on his below average defense.  Ramirez had 1,103 Hits, a .300 Batting Average, and 148 Home Runs.