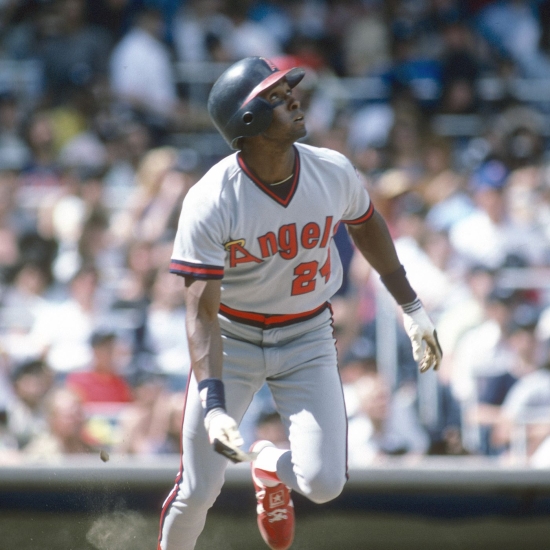 The first six years of Gary Pettis' MLB career were with the California Angels, where he showed exactly what he was; a speedy and defensively skilled Outfielder who had zero pop in his bat.

Pettis debuted for the Angels in 1982, and two years later, he was their starter at Centerfield.  From 1984 to 1986, Pettis was perennially second in Stolen Bases, swiping 145 bases in that period.  He used that speed expertly with his glove, and he won two Gold Gloves, was the American League leader in Total Zone Runs in 1986 (22), and rarely made any errors.

Pettis was traded to Detroit after the 1987 Season, and although his offensive numbers were not impressive, his defense was, and he earns a place on this list.