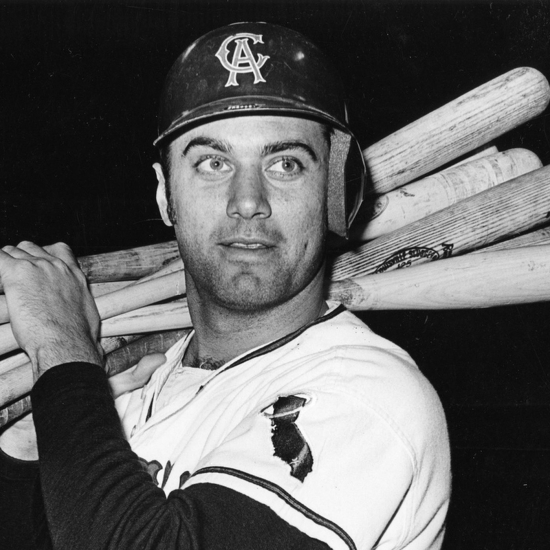 The California Angels were no powerhouse in the 1960s, and bluntly, they were pretty bad.  However, if there were a team MVP for the decade, it would have to be Shortstop, Jim Fregosi.

Before he reached the Majors with the Angels, he was in the Red Sox system.  The Angels took him in the expansion draft, and he was on the main roster in 1961 and a regular at short by 1963.  Named to six All-Stars, including five consecutive (1966-70), Fregosi was an excellent hitting infielder for his day, showing occasional power (four years with double-digits in Hone Runs). He had at least 140 Hits annually from 1963 to 1970.  In all of those years, he was considered valuable enough to where he received MVP votes, peaking in 1967 with a seventh-place tally on the strength of a Gold Glove, 171 Hits, and a .290 Batting Average.

The New York Mets traded for Fregosi after the 1971 season, but he wasn’t the same player.  The Mets loss was California’s gain, as Nolan Ryan was one of the players they landed.  With the Angels, Fregosi had 1,408 Hits, 115 Home Runs with a .268 Batting Average.

Fregosi would later manage the Angels from 1978 to 1981, and in 1989, he became the second player inducted into the Angels Hall of Fame.  Nearly a decade later, Fregosi’s number 11 was retired by the team.