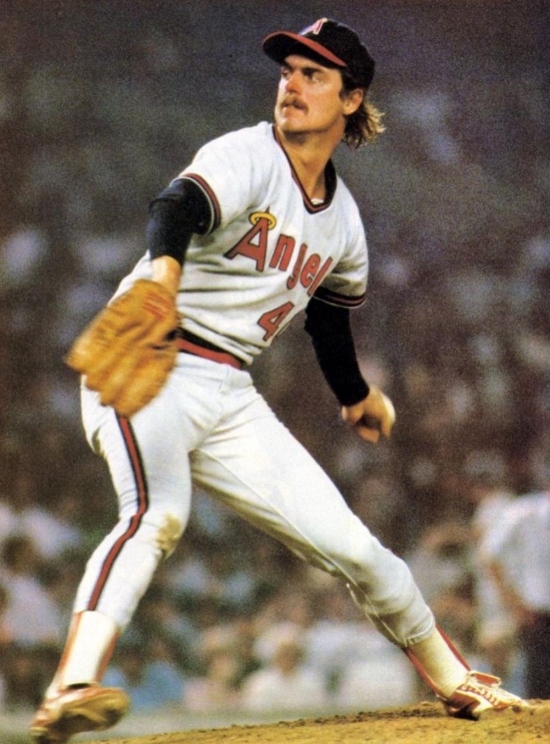 Frank Tanana would be on the first ballot if there were a Hall of Fame for underrated Pitchers.

Tanana played the first eight years of his 21 with the California Angels, and if you were paying attention, you were seeing one of the best hurlers in the American League.  The southpaw was easy to overlook, as the Angels were only in the playoffs once when Tanana was there (1979), and he was on the same staff as Nolan Ryan, so ace status was not bestowed upon him.

Debuting in 1973, Tanana was in the rotation the following year, going 14-19, but despite the losing record, he had 180 Strikeouts with a decent 3.12 ERA.  Tanana then had three great years, where he was in the top-nine in Cy Young voting, and kept his ERA well under three, including winning the ERA title in 1977 (2.54) and also leading the AL in bWAR for Pitchers (8.3).  In the two years before, Tanana also had a bWAR over seven, was first in SO/BB, and had a Strikeouts Title (280 in 1975).  With what we know of today’s advanced metrics, it is possible that Tanana should have captured the Cy Young, but he was ninth, distantly behind Sparky Lyle of New York.

Tanana's last few years were plagued with tendinitis, and his pitching suffered, but he was still a competent starter and helped California reach their first playoffs in 1978.  He was dealt to the Red Sox before the 1981 season, leaving the Angels with a 102-78 record with 1,233 Strikeouts.