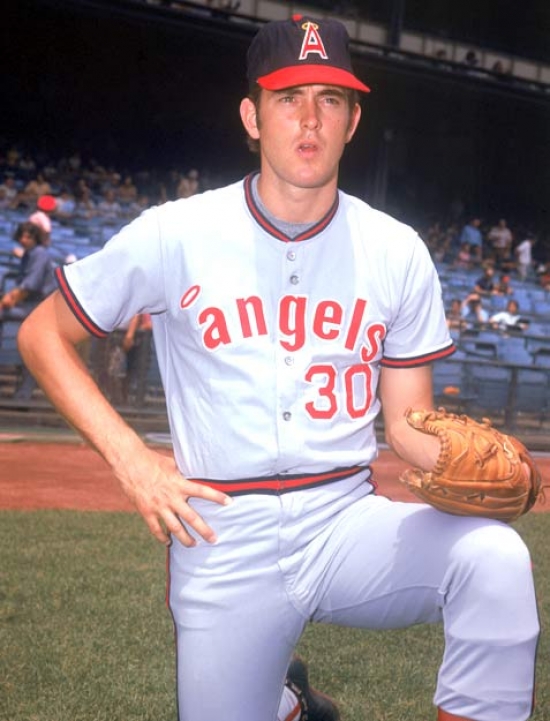 Nolan Ryan was one of three players who the New York Mets traded to get Jim Fregosi.  With all due respect to Fregosi, his best years were behind him, and Ryan, however, was about to break out.

The Ryan Express came to California in 1972, where he went to his first All-Star Game and had first in leading the league in Strikeouts (32) and H/9 (5.3).  Eager to prove that it was no fluke, Ryan fanned 383 batters in 1973, one more than Sandy Koufax did in 1965, and breaking the modern mark.  Finishing second for the Cy Young that year, Ryan was third in Cy Young voting with 367 Ks, and his second straight 20 Win season.

After slipping in 1975, Ryan was back to being the most dominant flamethrower in baseball, leading the American League in Strikeouts annually from 1976 and 1979.  He was a five-time All-Star with the Angels, with a 138-121 record and 2,416 Strikeouts.

Ryan signed with the Houston Astros in 1979, and the native Texan stayed there until 1989, when he played for Texas for five years.  Ryan will always be most associated with those two teams, but it was what he did in California that he first showed that he was an elite Pitcher, and he had some of his best seasons there.