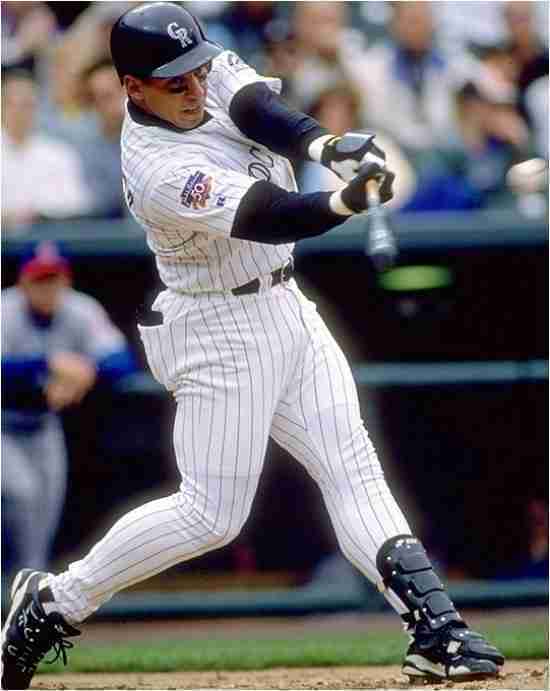 The change from St. Louis to Colorado was certainly a welcome change as he went from batting .243 to .370 en route to winning the Batting Title and becoming the first Venezuelan to do so.  In the five seasons that “The Big Cat” was with the Rockies, he finished, 10th, 10th, 16th, 6th and 7th in MVP voting and batted over .300 for four of those seasons.  Galarraga did not just hit for average as he blasted 30 Home Runs for Colorado four times, and went over 40 twice, the highest of which was 47, enough to win the Home Run Title.  He would also win the RBI title twice.


While Galarraga certainly benefited from the thin air of Denver, it is worth noting that he had good seasons prior (In Montreal) and after (in Atlanta).  Had ne been able to control his high Strikeouts and been better defensively he would be ranked higher.