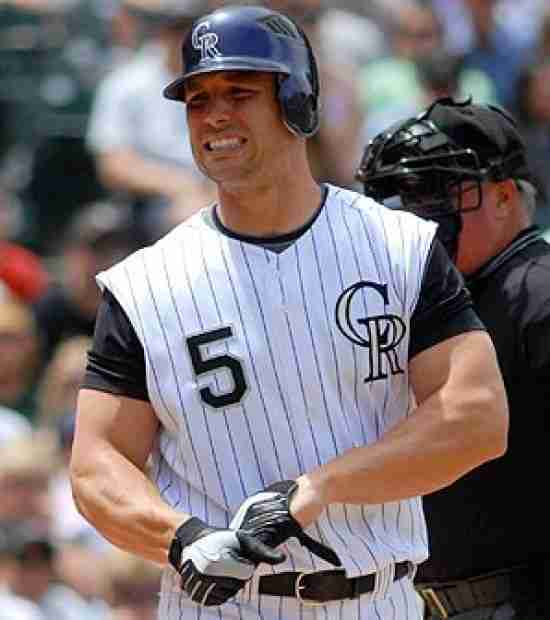 The professional career of Matt Holliday began in Colorado, which is also where he had his best season in MLB.  In 2007, Holliday would finish second in MVP voting while leading the National League in Hits, Doubles, Runs Batted In and a Batting Title.  As a member of the Rockies, Holliday would score three Silver Sluggers with 126 Home Runs and a Slash Line of .319/.386/.552.


Late in his career, Holliday returned to Colorado for one final season in 2018.  His overall numbers were good considering he was only there for six years.