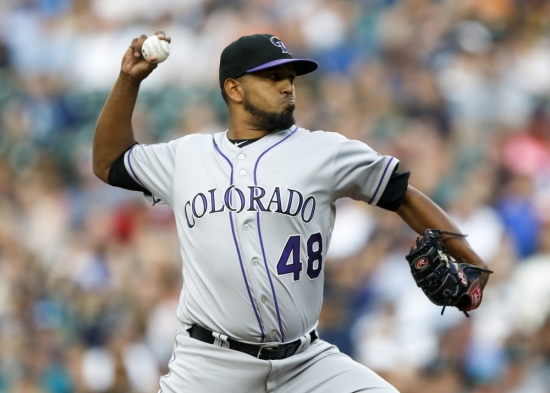 Before he could play with Tampa, German Marquez was traded to Colorado in January of 2016.  He would pitch for the Rockies in six games that year, and he would make the starting rotation the following season where he went 11-7 and was fifth in Rookie of the Year voting.

Entering his sixth year with Colorado, the Venezuelan’s best year to date was in 2018, where he won the Silver Slugger, went 14-11, and was sixth in bWAR for Pitchers (4.7).  Should he stay with the Rockies for a few more years and build upon what he has accomplished thus far, his ranking will shoot up.