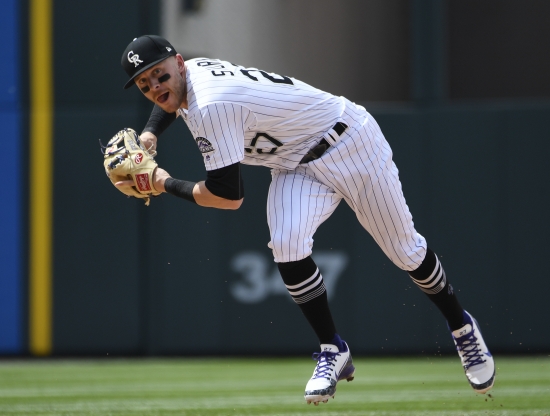 Entering his sixth year in Baseball (all with Colorado), Trevor Story is as of this writing one of the elite players for the Rockies.

The Shortstop was drafted in 2011, and worked his way up the system, but as long as Troy Tulowitzki was in Denver, Story was going to gain experience in the minors, but he was being groomed as the Shortstop of the future.  The future came in 2016, after Tulowitzki was traded and Story won the starting job at Short.  Story did ok in his first two seasons, but in 2018, he would have his breakout campaign.

If there is a valid criticism of Story, it is that he strikes out far too often.  He has swatted at nothing well more than one per game, and if he reduces that, Story will be even more dangerous than he already is.