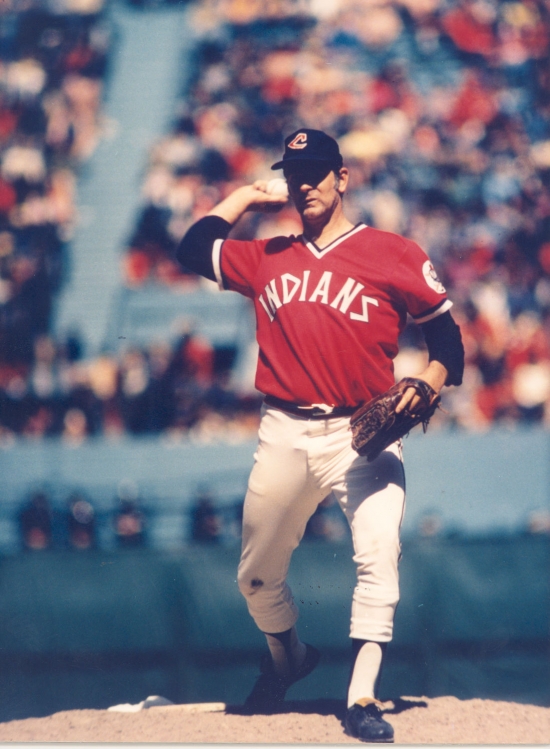 Gaylord Perry entered the Baseball Hall of Fame in 1991, after a 22-year career.  He only spent three-a-half seasons with Cleveland, but arguably it was the best period of his life.

One of the craftiest hurlers in the game, Perry was known for using the spitball, but more for getting in the heads of batters as to whether he was throwing it or not. The Indians were Perry’s second team, having spent a decade with the San Francisco Giants before he was traded to the Tribe after the 1971 Season.  Perry and his knuckleball (and spitter) rewarded Cleveland with the best year of his life, a 24-16 season with a 1.92 ERA.  He won the Cy Young that year, with a sixth-place MVP finish.

Perry followed that up with a decent 1973 season, going 19-19, but exceeding his Strikeout total to 238 from 234.  He was seventh for the Cy Young that year.  In 1974, Perry was an All-Star again (his second with the Indians), winning 21 Games against 13 Losses and fanning 216 batters.  This landed Perry fourth in Cy Young votes.

The Pitcher got off to a slow start in 1975 and was openly having problems with Frank Robinson, the Indians Player/Manager.  Perry was traded to Texas in June of that year, and later in his career with the San Diego Padres, would win another Cy Young.