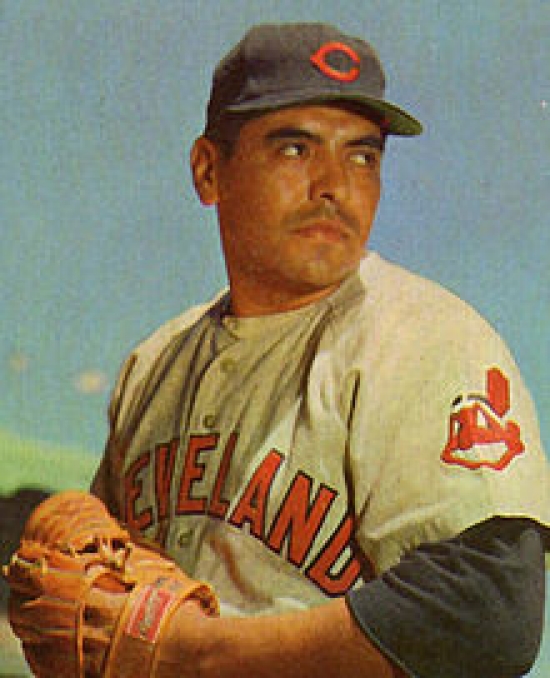 In the first half of the 1950s, Mike Garcia was part of an excellent pitching staff that the Cleveland Indians had that boasted Bob Lemon, Early Wynn, and Bob Feller.  Garcia was then and now in the shadows of those more prominent names, but he was a star in his own right.

A Californian with an Indigenous Mexican background, Garcia served the U.S. in World War II but was only 22 when it ended, so he never missed any time where he would have been on a big league roster. Garcia made it to the Majors with the Cleveland Indians in 1948 for one game, and he was a starter in 1949, winning the ERA title as a rookie (2.36).  In 1951 and 1952, Garcia was a 20 Game winner and was close to that mark in 1953 and 1954.  In that '54 season, he won his second ERA title and helped the Indians win the American League Pennant.

A four-time leader in FIP, Garcia's peak ended in 1954, though he played seven more seasons, five more with Cleveland, and one each with the White Sox and the Senators.  Garcia had a record for the Indians of 142-96 and 1,095 Strikeouts and entered their Hall of Fame in 2007.