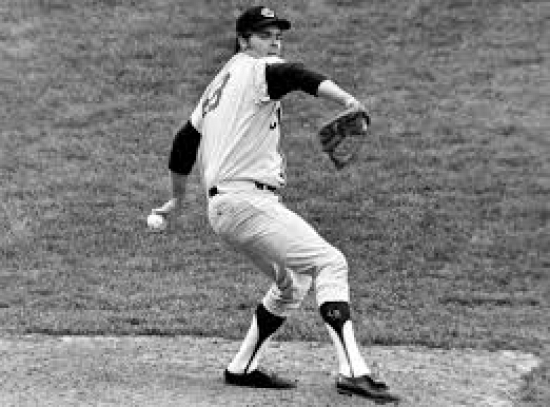 Sam McDowell had one of the most unimposing yet correct nicknames.  When you hear the name "Sudden" Sam, you aren't sure what to think, but what does a "sudden" Pitcher mean? For McDowell, it is in reference to his rapid delivery and the strong odds that he would strike you out.

McDowell broke in with the Cleveland Indians as a teenager in 1961, and he was a fixture in the starting rotation in 1964.  While Sandy Koufax and Bob Gibson would have more Strikeouts than McDowell in the 1960s, McDowell had the most in the American League.  The southpaw led the AL in Ks five times as an Indian, with two years eclipsing the 300 mark.  Six times an All-Star, McDowell won the ERA Title in 1965, and he was twice the league-leader in bWAR for Pitchers.  McDowell was able to hold opponents to a lack of Hits, but he was wild, and he walked far too many batters, as he gave free passes the most in the AL in five different seasons.

He would finish his career with runs in San Francisco, New York (AL), and Pittsburgh.

McDowell's 122-109 record does not reflect just how good he was.  Cleveland knew as they chose him for their Hall of Fame in 2010.