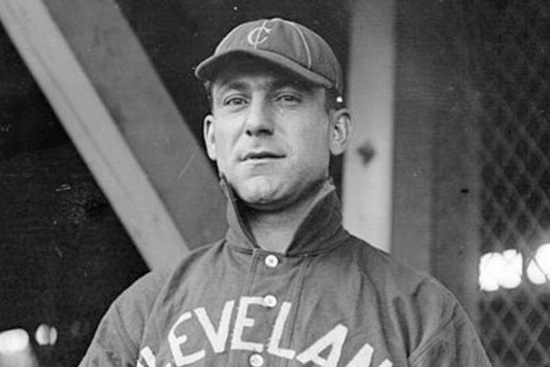 If anyone was going to be number one on this list over Bob Feller, it is Napoleon Lajoie, who we are still openly debating whether we made a mistake on this one.

Lajoie was already an established superstar before he joined Cleveland.  After debuting for the Philadelphia Phillies in 1896, he became the team’s best player. The American League formed in 1901, and Lajoie jumped to the rival Philadelphia Athletics.  This was incredibly huge, as he was considered the first big star to join the AL, and it legitimized the league.  Lajoie won the Triple Crown in the first year of the AL's existence, but the National League and the Phillies were still fuming.  They took this to Pennsylvania court, which stated that Lajoie's contract still belonged to the Phillies.  The problem was that this was only enforceable in Pennsylvania.  The principled Lajoie left to join the Cleveland Bronchos instead, and he remained in the AL.

Lajoie couldn't play in Philadelphia on road trips until the leagues formed an agreement in 1903, but he already was the face of the new franchise. He batted .379 in 86 Games in 1902 (he joined Cleveland late due to the legal issues), and he won the Batting and Slugging Titles in both 1903 and 1904.  A fierce competitor, Lajoie, was so beloved that a poll in the Cleveland Press suggested the "Naps" as the team name, which was what happened.

Lajoie was also one of the best fielding Second Baseman in history. With Cleveland, he led his league position five times in Range Factor per Game and four times in Fielding Percentage.

At the end of the 1914 season, his contract was purchased by the Philadelphia Athletics, where he finished his career with two final years. With Cleveland, Lajoie had 2,047 Hits with a .339 Batting Average.

Lajoie was inducted into the Baseball Hall of Fame in 1937 and enshrined in Cleveland's first Hall of Fame Class in 1951.