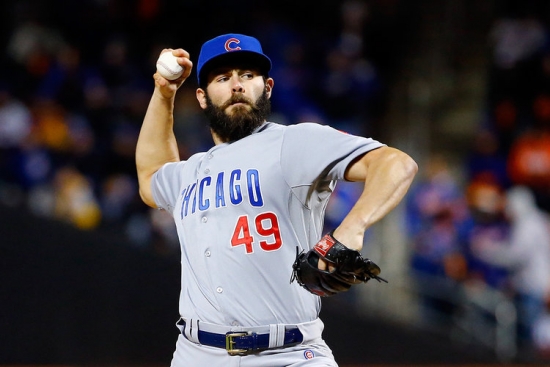 It is safe to say that midway through the 2013 season that when the Baltimore Orioles traded Jake Arrieta (with Pedro Strop) for Steve Clevenger and Scott Feldman that the Cubs got the better end of the deal.

In his first full season (2014) in Chicago, Arrieta went 10 and 5, finishing 5th in bWAR for Pitchers, but he would shatter that in 2015, where he led the National League with 22 Wins and had an ERA of 1.77 with a WHIP of 0.865.  Arrieta would win the Cy Young that season, becoming the first Cub since Greg Maddux to win the coveted award.  Arrieta would then take the Cubs to their long-awaited World Series Win in 2016 while earning his first All-Star and Silver Slugger in the process.

He would sign with the Philadelphia Phillies in 2018, but returned in 2021, though had the worst year of his career, and was so ineffective that the Cubs released him ithat August.

Despite his horrendous second run, Arrieta was a huge part of their return to baseball's promised land after a century, and his contributions in Wrigley will never be forgotten.  As a Cub, Arrietta went 73-42 with a 3.14 ERA.