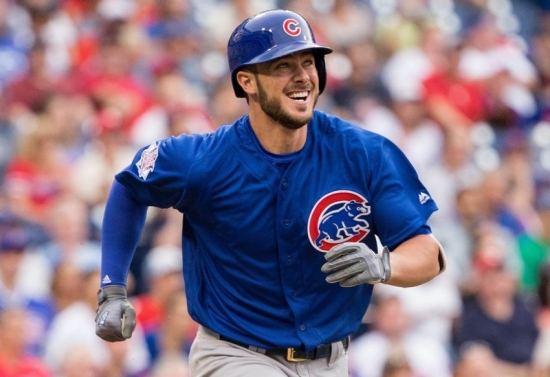 While we stated that Anthony Rizzo was the heart of the Cubs 2016 World Series Championship, Kris Bryant was the star.

The second overall pick of the 2013 Amateur Draft, Kris Bryant, was a superstar at the University of San Diego, where he was named the College Baseball Player of the Year.  When he made the Cubs roster for the 2015 Season, he was the National Rookie of the Year and batted .279 with 26 Home Runs.  The Third Baseman was an All-Star that season, but he was about to show Wrigley Field something more special in 2016.

Bryant would not only go to his second All-Star Game, but he would also finish first in Runs (121), blasted 39 Home Runs, batted .292, and would lead the NL in bWAR.  He would win the MVP and take the Cubs to their first World Series win in over a century.

He may not have been an MVP or World Series champion since, but there have been highlights with a .409 OBP and seventh place in MVP voting (2017), and a 31 Home Run season last year, with a third trip to the All-Star Game.

After earning another All-Star Game in 2021, the stuggling Cubs unloaded Bryant to the surging Giants for their playoff run.  Bryant left Chicago as a hero, and a symbol of breaking the ongest curse in Nortn American team sports.