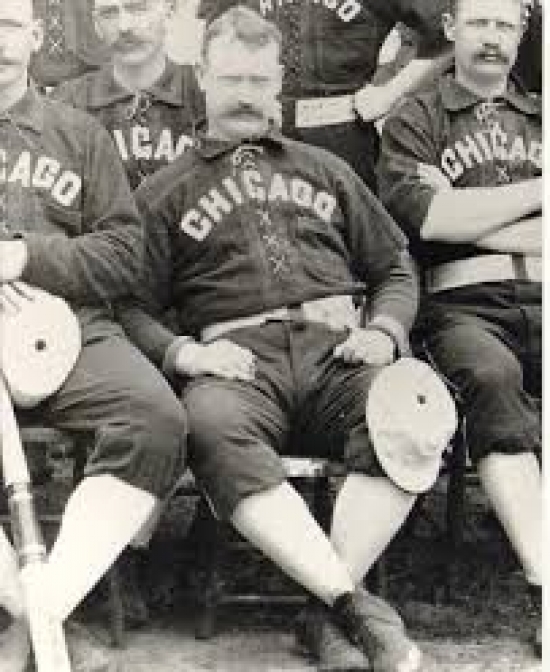 Mike "King" Kelly was considered an innovator in his day as it is believed that he was the first to foul off pitches deliberately.

Whether the above is true or not, Kelly was an elite hitter who would win two Batting Titles and On Base Percentage Titles (1884 & 1886) as a White Stocking.  Kelly would also have two Doubles Titles and was a three-time leader in Runs Scored, and with Chicago, he batted .316.  He was sold to the Boston Beaneaters after the 1886 campaign and remained a good hitter for years after.

While he played for the White Stockings, they would win five pennants, an unlikelihood without the King.  Kelly would be elected into the Baseball Hall of Fame in 1945 via the Old Timer’s Committee.  The Cubs would also name Kelly to their Hall of Fame as part of their first-ever class in 2021.