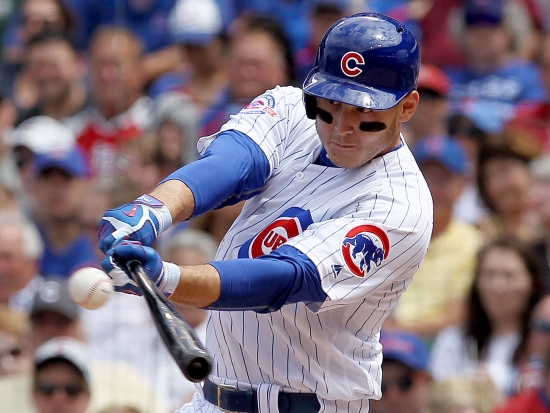 In retrospect, the Chicago Cubs stole Anthony Rizzo from the San Diego Padres in a trade in 2012 that saw little attention.  At that point in his career, Rizzo had only played 49 Games in the Majors, and while his future was thought to be bright, it wasn't expected that he would become the heart of the Cubs.

Maybe, we should be more specific.  Anthony Rizzo became the heart of the Chicago Cubs: World Series Champions.

Most importantly, he would lead the Cubs to their long-awaited World Series Title in 2016, and he would bat at least .320 with 5 RBIs in both the NLCS and World Series.

Rizzo is also one of the great guys in the sport, known for his philanthropy and good nature.  He would win the Roberto Clemente Award in 2017.

The four-time Gold Glove winner's time with the Cubs ended when he was traded to the Yankees when Chicago went into restructuring mode.  As a Cub, Rizzo belted 242 Home Runs with 1,311 Hits and a .272 Batting Average.