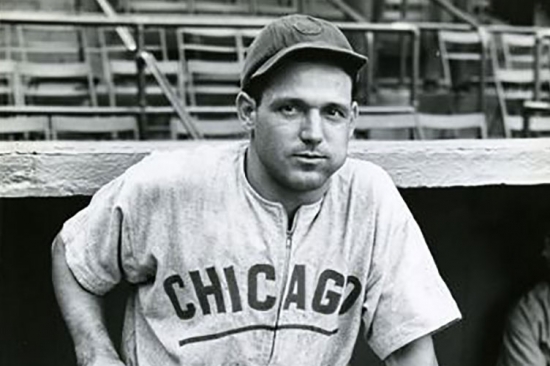 This is as good a time as any to remind everyone that we don't put substantial penalties those who put up their best statistics during World War II when many of the game's greats were serving in the military.  It does play a bit when we focus on intangibles, but it is about what they do on the diamond and not what is going on around them, which is paramount in our eyes.

Obviously, this means that we have such a player next in Bill Nicholson.

Nicholson was an All-Star five times, and he would play for the Chicago Cubs from 1939 to 1948.  He would be given the nickname of "Swish" for his elongated practice swings that would precede each at-bat that always saw his bat pointed at the pitcher.  The outfielder was a good power hitter and would belt at least 20 Home Runs on six occasions.  Two of those years (1943 & 1944) would see his 29 and 33 taters lead the National League, and in both of those seasons, he was also the RBI leader with numbers of 128 and 122, respectively.  As to be expected, he finished in the top three in MVP voting those years, but issues with his eyes and the return of elite players took a toll on his skills and playing time.  He would be traded to the Philadelphia Phillies after the 1948 Season, and as a Cub, he would go deep 205 times with 833 RBIs.