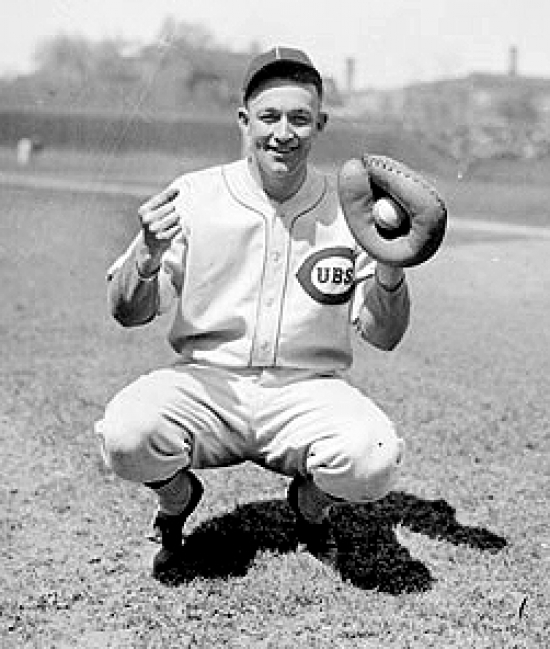 Gabby Hartnett was considered the best Catcher in the National League (maybe all of baseball) for a decade, and why wouldn't he be?

Catchers were expected to provide good defense, and while he made his share of errors, he was a six-time league leader in Caught Stealing Percentage and was in the top three in Range Factor per Game 13 times.  A six-time All-Star, Hartnett would win the National League MVP Award in 1935 when he had a career-high .344 Batting Average.

While the Cubs did not win the World Series when he was there, they would have not have made the four that they did without Hartnett, especially the 1938 one.  That season, Hartnett hit the famed Home Run (called the Homer in the Gloamin’ in reference to the darkness around the stadium) in a series against Pittsburgh that propelled them to a lead in the NL) The man they called “Old Tomato Face” would be elected into the Baseball Hall of Fame in 1955.  In 2021, the Cubs inducted Hartnett as part of their first franchise Hall of Fame class.