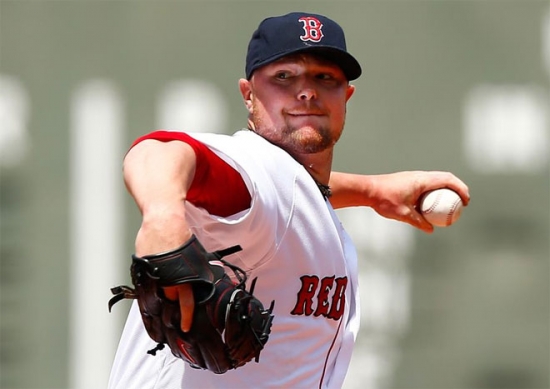 A Second Round pick in 2002, Jon Lester debuted for the Red Sox in 2006, and in the next season, he was a small part of Boston's 2007 World Series win over Colorado.  He won a game in the Fall Classic, which would be the springboard for what would transpire next.

Lester would morph into the team’s ace, and in 2008 he went 16-6 with a no-hitter.  The left-hander, who had overcome Lymphoma years earlier, was awarded the Hutch Award for his perseverance and dedication to the game.

He would remain a top-level pitcher, winning at least 15 Games in three of his next four seasons, and had 225 Strikeouts in both 2009 and 2010.  The latte was his best season as a member of the Red Sox.  He would post a 19-9 record and was fourth in Cy Young voting.  He was named an All-Star this season, and would again in 2011 and 2014.  Lester had a more active role in the Red Sox playoffs, culminating in another World Series Championship in 2013.