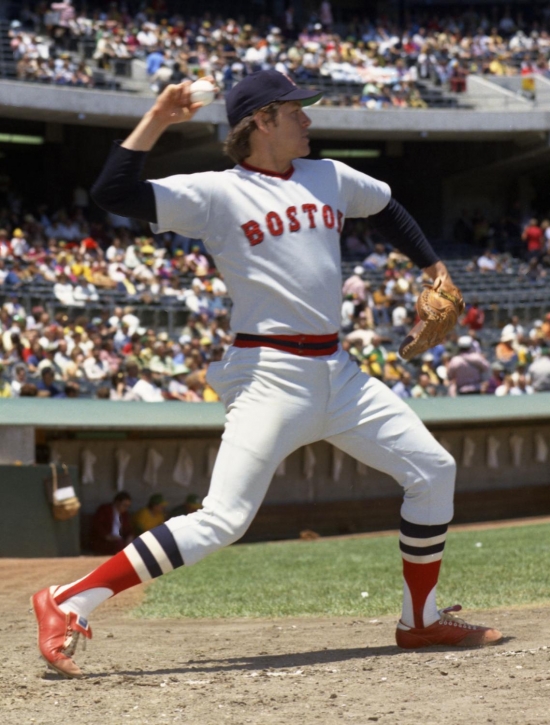 Carlton Fisk played a handful of games in 1969 and 1971, but by 1972, he was anointed the starting Catcher in Boston, and it proved to be an excellent decision.  “Pudge” would win the American League Rookie of the Year by batting .293 with 22 Home Runs, and he was also regarded as a solid defensive player who knew how to handle his pitching staff.

Fisk, who was an All-Star in 1972, would be so again in 1973 and 1974.  His most memorable moment would occur in 1975, a year in which he was not an All-Star.  That season, the Red Sox won the pennant, and in Game 6 of the World Series, he hit the game-winning Home Run to force a Game 7.  It was one of the great television moments in the game, as the cameras focused on Fisk “willing” the ball fair, with his arm motions.  Boston lost Game 7, but that image will never die.

The Catcher would go to four more All-Star Games with the BoSox, finishing in the top ten in MVP voting twice.  His blend of power and average were rare for Catchers then, and he was among the best for his time.