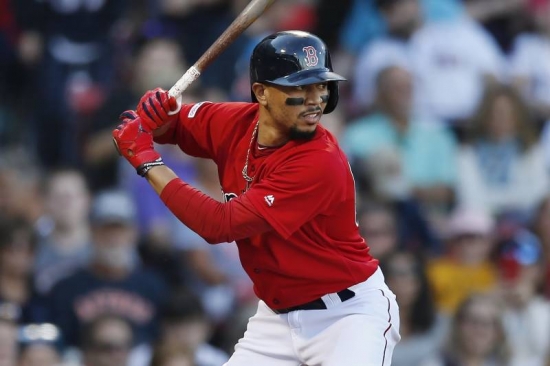 There was a time when Mookie Betts was the top star of the Boston Red Sox and not only their best player but one of the best in all of Baseball.

Betts debuted in 2014, and in 2015 he was entrenched as an elite Rightfielder.  In 2016, he was named an All-Star and would have 31 Home Runs, 113 RBIs with a .318 Batting Average.  He finished second in MVP voting, winning both the Gold Glove and Silver Slugger.  Betts' traditional stats dipped a little the following year, but he was still a Gold Glove winner and an All-Star and was sixth in MVP voting.

That was spectacular, but the Rightfielder broke on through in a 2018 season where he again won the Gold Glove, Silver Slugger, was an All-Star, and would win the MVP with a year that won the Batting and Slugging Title.  The BoSox went all the way that season to a World Series Title, primarily based on what Betts brought to the table.

After the 2019 Season, the Red Sox went into rebuilding mode. and Betts was traded along with fellow star, David Price to the Los Angeles Dodgers, where he won another World Series.  With the Red Sox, Betts, finished in the top-eight in MVP voting four times and had a .301/.374./519 Slash Line.  Red Sox fans will never forget the day they lost Mookie Betts.