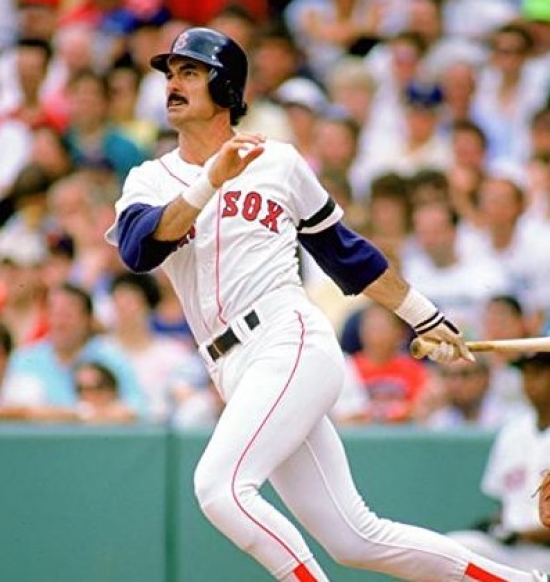 Playing all but his final season with the Boston Red Sox, Dwight Evans might have been one of the most underrated players of all-time.

Evans was in the shadow of fellow outfielders Carl Yastrzemski, Jim Rice, and Fred Lynn over his career, but those who watched him play on the diamond knew that "Dewey" was one of the most well-rounded players in Red Sox history.

Debuting in 1972, Evans was cemented as the team’s starting Rightfielder two seasons after.  He immediately showed his defensive skills, finishing atop amongst his peers in traditional and advanced metrics, and he would win eight Gold Gloves.  As he progressed, his power and patience increased.  In 1978, he had his first 20 Home Runs, and he would hit that mark ten more times, with three of those seasons seeing him crack the 30 mark.  Evans even shared the Home Run Title when he smacked 22 in the strike-shortened 1981 campaign.  That year, Evans would also lead the American League in Walks, and he did so again twice more.  In the now-beloved metric of OPS, Evans finished first twice (1981 & 1984), and he was in the top six three more times in the 1980s.

His Red Sox career ended when he played one final year in Baltimore.  Evans would accumulate 2,373 Hits, 379 Home Runs, 1,346 RBIs, and he would also win two Silver Sluggers with three All-Star Game appearances.