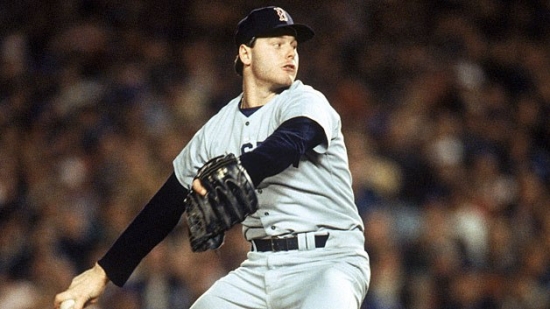 Roger Clemens was one of the most successful Pitchers of all-time, and the legend of the "Rocket" began in Boston, where he was a must-watch attraction at Fenway.

Drafted in 1983, Clemens debuted for Boston the following season and was unremarkable for the first two seasons, but the potential was certainly there.  His breakout was 1986, where he won the MVP, the Cy Young, and lead the American League in Wins (24), ERA (2.48), FIP (2.81), and WHIP (0.969).  He led the Red Sox to the World Series, but as we all know, the BoSox lost in a heartbreaking World Series to the New York Mets, which they had seemingly won in Game 6; that is until Mookie Wilson’s ground ball went through Bill Buckner’s legs.

The Red Sox thought Clemens’s peak was over, and the Toronto Blue Jays signed him in Free Agency with a more substantial offer.  As it turned out, he had a lot more fuel (insert joke) and won four more Cy Youngs and two World Series Rings.  With the Red Sox, he would go 192-111 with a 3.06 ERA and 2,590 Strikeouts.