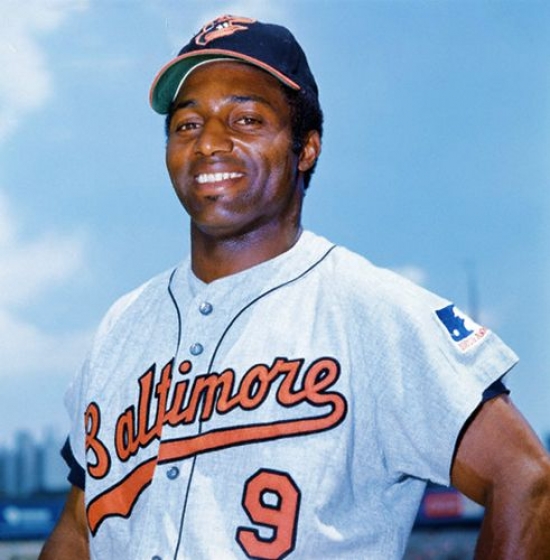 Don Buford played ten seasons in the Majors, with the second half (1968-72) with the Baltimore Orioles.

Arriving in the trade that sent Luis Aparicio back to the ChiSox, Buford had a good run, helping Baltimore win the 1970 World Series.  His best year was his penultimate one with the O's (and Major League Baseball), saw him go to the All-Star Game, and lead the American League in Runs Scored.

After he was released by the Orioles in 1973, he played three more years in the pros within the Japanese League.  With Baltimore, Buford would bat .270 with 632 Hits, and entered the Orioles Hall of Fame in 1993.

More in this category: « 49. Chris Davis