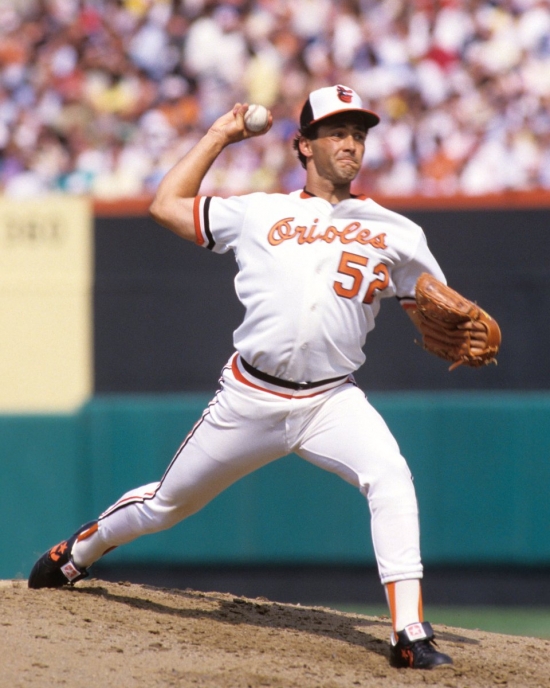 Rod Carew called Mike Boddicker’s pitch assortment, "Little League Slop."  The right-hander didn't have much of a fastball, had a strange change-up, but he could throw what he had from different angles.  That skill allowed him to progress well past “Little League.”

Boddicker debuted for the Orioles in 1980, but he did not become a permanent member of the starting rotation until 1983.  That season, he led the American League in Shutouts (5), went 16-8, and in the playoffs, he would win the ALCS MVP.  Boddicker and Baltimore followed that up with a World Series championship that year.

The next season was Boddicker’s best year in baseball as he had league-leading 20 Wins and a 2.79 ERA while going to his first All-Star Game and a fourth place finish in Cy Young voting.  He played three more years in Baltimore before being traded to the Red Sox.