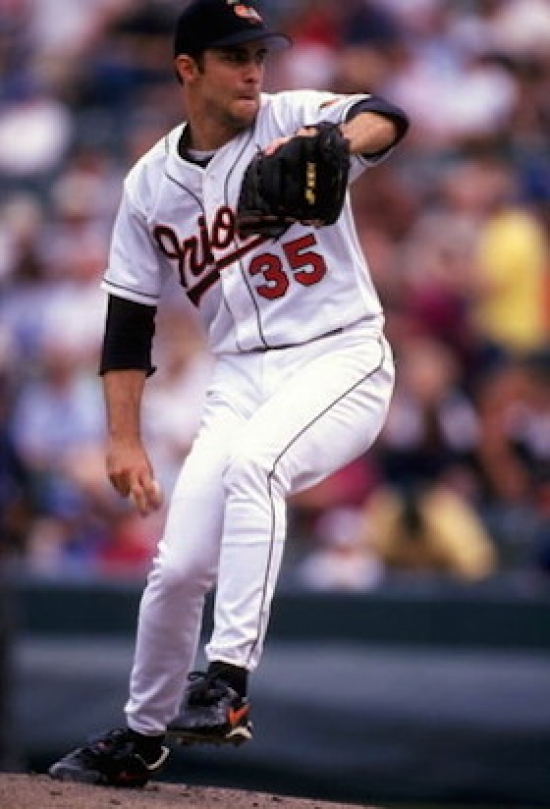 Mike Mussina played his first ten years in baseball (1991-00) with the Baltimore Orioles, and by his second season, the former USC Trojan was one of the better Pitchers in the American League.

Mussina was a finesse Pitcher who was praised for in-game adjustments.  In 1992, he was chosen of what would be five All-Star Games (all with Baltimore).  From 1992 to 2000 (every season he was a full-time starter in Baltimore), he was in the top eight in BB/9 and led the AL in that statistic in 1995.  Three times, he was second in WHIP, and five times was in the top five in ERA with the O’s.  Mussina never won a Cy Young over his career, but with Baltimore, he was in the top six on six occasions and was the runner-up in 1999.

He was also an excellent fielder, earning four straight Gold Gloves (1996-99).  Mussina left Baltimore for their division rival, the New York Yankees.  With the Orioles, he had a record of 147-81 with 1,535 Strikeouts.

Mussina was inducted into the Baseball Hall of Fame in 2019 in his sixth year of eligibility.  He elected to have no logo on his hat, feeling that he could not pick one team over the other as they both treated him well.