The history of the Atlanta Braves began well over a century ago and it went through two previous locations before it arrived to Georgia.

The Braves actually predate the formation of the National League as they were members of the National Association in 1869 to 1875 as the Boston Red Stockings, which actually makes the team the oldest in the game but statistically we are only focusing on 1876 and beyond when the franchise was in the NL.  The Red Stockings would win the 1877 and 1878 Pennant and they would change their name to the Beaneaters (mostly thanks to the press) in 1883.  That year they would win the pennant again in 1883 and five more times in the 1800’s, but the formation of the American League and they were decimated when many of their players jumped to the team that is now known today as the Boston Red Sox.

The Beanaters would go onto a downward spiral and they would experiment with their name going by the Doves (1907-1910) and the Rustlers (1911) before settling on the Braves in 1912 and they would win their first World Series Championship in 1914, though this was considered a miracle season of sorts as they exceeded all expectations and defeated a heavily favored Philadelphia Athletics team to win it all.  After a couple of seasons as a contender, the Braves regressed again and were not contenders for years.  A microcosm of this era is when they traded for Babe Ruth who was at the end of his career and his play deteriorated so badly that season (1935) in the year that he could barely run, couldn’t field and pitchers threatened to boycott if Ruth was on the field.

New ownership came in and in another attempt of reinvention the Braves became the Bees but success was still alluding them and they took back the Braves name a few years later.  Warren Spahn and Johnny Sain would help turn the team’s fortunes around and in 1948 they won the pennant but lost the World Series to Cleveland but they would go back to mediocrity and dwindling attendance (especially while competing with the Red Sox) would see the Braves relocate to Milwaukee.

Milwaukee embraced the Braves and with an offensive attack led by Hank Aaron and Eddie Mathews they would win the 1957 World Series and would return to the Fall Classic in ’58, though would lose to the New York Yankees.  The Braves would be sold again but this time the group wanted to move the team to a larger market and they liked what they saw in Atlanta, which was a city on the rise.  They would move to the South in 1966 but it should be mentioned that the Braves never had a losing season in the 11 years they played there.

Frankly, the city of Milwaukee got shafted and on a sidebar we are happy they would gain a team quickly thereafter, the Milwaukee Brewers, but let’s go back to Atlanta!

Atlanta’s record went up and down and would be bought by media conglomerate Ted Turner in 1976.  He was an eccentric owner but with his ownership of TBS, the Braves were seen nationally and he dubbed them “America’s Team”.  While the Braves were seen by more viewers they were not successful, that is until the 1990’s.

Since 2005, the Braves would make the playoffs four times and as of this writing they are one of the most recognized team in not just the National League but all of Major League Baseball.

Note: Baseball lists are based on an amalgamation of tenure, traditional statistics, advanced statistics, playoff statistics and post-season accolades. 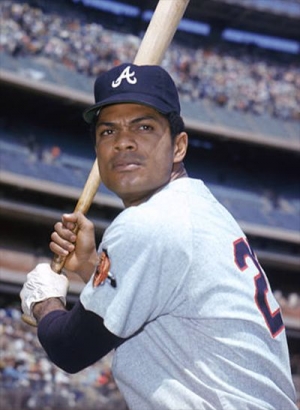 Top 50 Atlanta Braves
Add new comment
Felipe Alou is arguably better known in baseball for being a manager where he would helm the Montreal Expos for years and was named the Manager of the Year in 1994 but this was also a former player who accumulated over 2,000 Hits over his career.
Read more 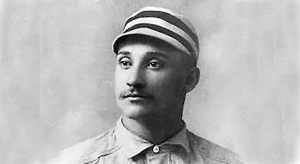 Top 50 Atlanta Braves
Add new comment
Jack Stivetts played eleven seasons in the Majors with the meat of his career playing for the Boston Beaneaters (1892-98). The Pitcher had four 20-plus Win years, and was an exceptional hitter, batting .305 for the Braves, a stat that helped to land him on this list. Stivetts overall win 131 Games with an OPS of .799, which is one hell of a combination.
Read more 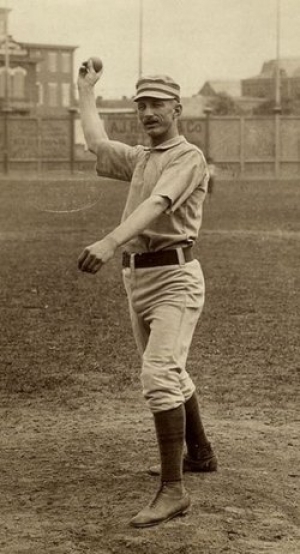 Top 50 Atlanta Braves
Add new comment
Charlie Buffinton began his career with the Boston Red Stockings in 1882 and in the following year when the team renamed themselves the Beanaters Buffinton became a star Pitcher where he would win 20 Games each year from 1883 to 1885.  The sinkerball specialist had an incredible 1884 campaign where he went 48 and 16 with a 2.15 ERA and he was third overall in bWAR for Pitchers.  It should also be mentioned that Buffinton was a good hitter who would bat .255 for Boston over his career.  Boston thought that Buffinton was done after a bad 1886 season and…
Read more 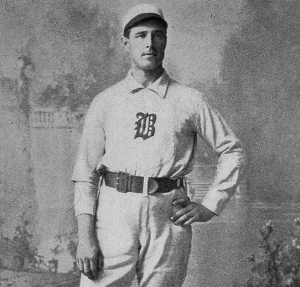 Top 50 Atlanta Braves
Add new comment
Jimmy Collins did a lot of things beautifully on the baseball diamond that may not be considered sexy but it they went noticed and he generated a Hall of Fame career out of it, which included five seasons with the Boston Beaneaters.
Read more 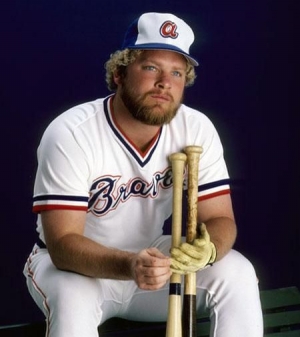 Top 50 Atlanta Braves
Add new comment
A former Golden Spikes Award winner as the nation’s best amateur baseball player, Bob Horner would win the National League Rookie of the Year in the same calendar year (1978).  The number one draft pick would become known in Atlanta for his power numbers where he would finish in the top ten in Home Runs six times including a second place rank where he went yard 35 times in 1980.  Horner was ninth in MVP voting that year and would later be named an All Star in 1982.  As a Brave he would swat 215 Home Runs and was six…
Read more 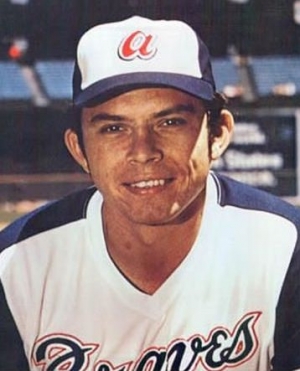 Top 50 Atlanta Braves
Add new comment
Darrell Evans had a very good career that began in Atlanta where he would be named an All Star in 1973.  Evans arrived as a Rule 5 Pick from the Athletics in 1968 and he would work his way slowly to become the teams starting Third Baseman.  Evans cemented himself as the starting Third Baseman in 1972 and in the next two seasons he would lead the National League in Walks while putting up good power numbers.  His 1973 season would see Evans hit 41 Home Runs with 104 Runs Batted In and it was as a Brave that he…
Read more 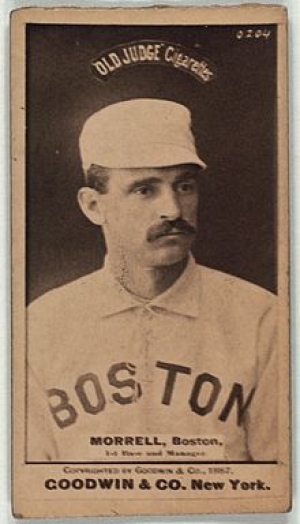 Top 50 Atlanta Braves
Add new comment
We go back to the 1800’s for our next selection with John Morrill who was a competent hitter who had 1,247 Hits for the Beaneaters but it was his versatility on defense that made him exceptionally valuable.  Morrill played Second Base, Third Base, First Base, Shortstop and Outfield over his career and regardless of the position, he did it very well.  Morrill was not a star in his time, but he was one of the first players of note that had incredible value that did not always reflect on a stat sheet.
Read more 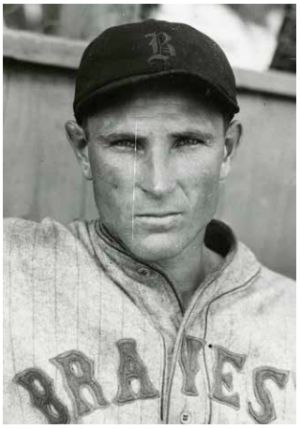 Top 50 Atlanta Braves
Add new comment
Ed Brandt may have had a losing record for the Boston Braves (94-119) but honestly this was not a great team for the majority of Brandt’s time in Boston and he was the Opening Day Pitcher three times, which shows where he was in the pecking order.
Read more 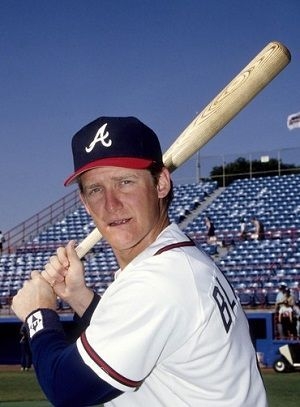 Top 50 Atlanta Braves
Add new comment
A former first round pick, Jeff Blauser played 11 seasons with the Atlanta Braves where he was considered one of the better hitting Shortstops in the National League.  Blauser did suffer numerous injuries that often kept him off the diamond but he did have a pair of 160 Hits seasons, both of which would see him named an All Star.  He was not always considered the among the better defensive infielders of his time but his above average bat for a National League Shortstop made him valuable.
Read more 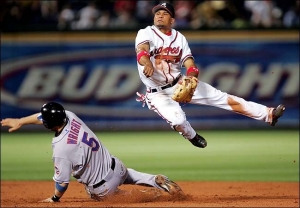 Top 50 Atlanta Braves
Add new comment
Rafael Furcal was one of the many successful infielders to come from the Dominican baseball factory and it was in Atlanta where he first came up and would become known on the diamond.  Furcal cracked the main roster in 2000 where he took over the starting Shortstop job and performed so well with a .294 Batting Average, .394 On Base Percentage with 40 Stolen Bases that he was awarded the National League Rookie of the Year Award.  Furcal would become known for solid defense and he was a decent enough hitter who collected 924 Hits over his six seasons as…
Read more 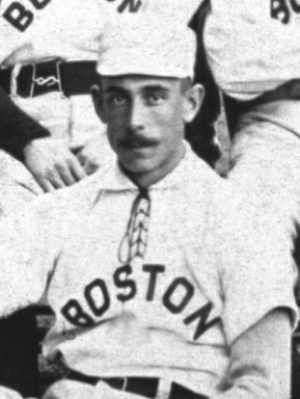 Top 50 Atlanta Braves
Add new comment
Bobby Lowe played for the Boston Beaneaters for twelve seasons where he was known for his steady play both with his bat and his glove.  Playing in the 1890’s you wouldn’t expect much of a power game and while Lowe was not one to break that mold, he did have a game for the ages in 1894 when he collected four Home Runs in a Game making him the first baseball player to ever do so.  That was a year where he had a career high in Home Runs (17), Batting Average (.346) and On Base Percentage (.401) and had…
Read more 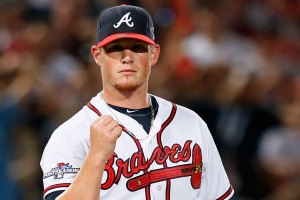 Top 50 Atlanta Braves
Add new comment
In 2010, Craig Kimbrel made it to the Atlanta Braves roster, two years after he was drafted.  He only appeared in 21 Games, but he proved instantly that he belonged on the game’s elite level, only allowing two runs in 20.2 Innings.
Read more
Subscribe to this RSS feed