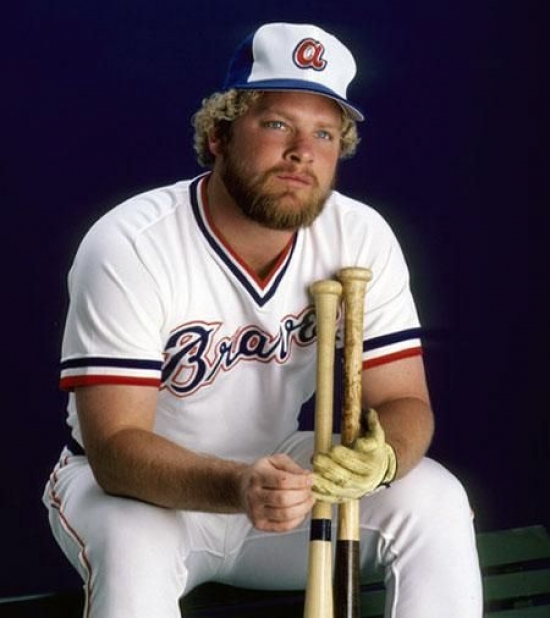 A former Golden Spikes Award winner as the nation’s best amateur baseball player, Bob Horner would win the National League Rookie of the Year in the same calendar year (1978).  The number one draft pick would become known in Atlanta for his power numbers where he would finish in the top ten in Home Runs six times including a second place rank where he went yard 35 times in 1980.  Horner was ninth in MVP voting that year and would later be named an All Star in 1982.  As a Brave he would swat 215 Home Runs and was six Hits shy of 1,000.

Sadly, Horner’s career with the Atlanta Braves came to an end when as a free agent he had the misfortune of becoming available in the year of collusion and he would sign in Japan with the Yakult Swallows.

For what it is worth, while we respect Bob Horner’s ability as a hitter, his rank is affected by his relatively low On Base Percentage (.339) and poor defensive record when he played Third Base.