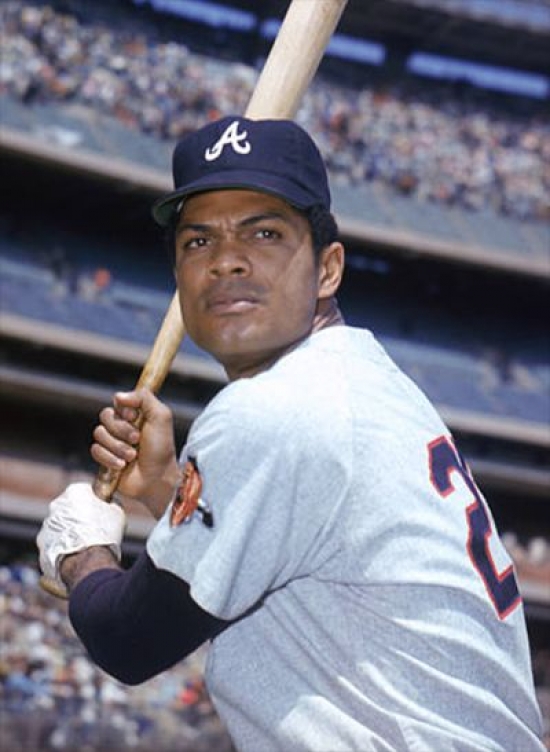 Felipe Alou is arguably better known in baseball for being a manager where he would helm the Montreal Expos for years and was named the Manager of the Year in 1994 but this was also a former player who accumulated over 2,000 Hits over his career.

Alou came up through the Giants where he would be named an All Star in 1962 and he would arrive in Milwaukee as part of a seven player trade after the 1963 season.  The Outfielder played for the Braves for six years where he had the best run of his career.  In 1966 he would lead the National League in Hits (218) and Runs Scored (122) both of which were career highs.  He would also set personal bests with 31 Home Runs, a .327 Batting Average and a .533 Slugging Average all of which would land him a fifth place finish in MVP voting.  Alou would again lead the NL in Hits in 1968, this time with 210 Hits and a .317 Batting Average.