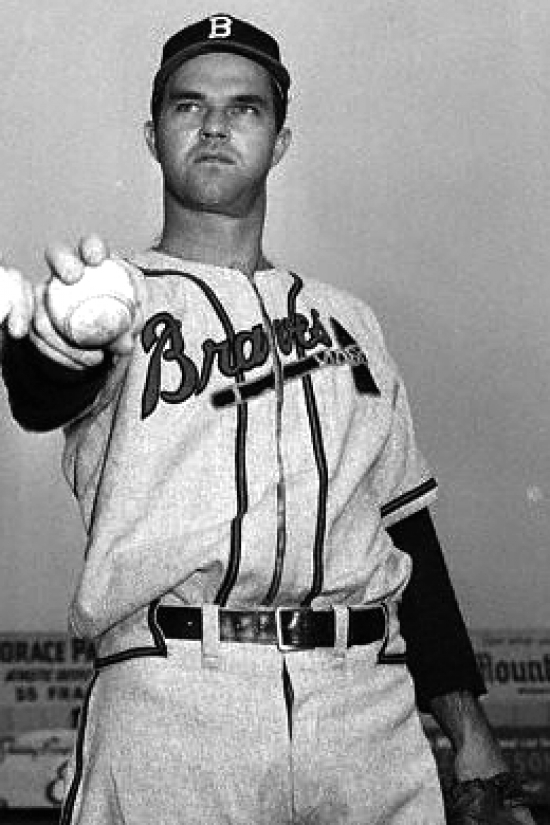 First we'll use Spahn
then we'll use Sain
Then an off day
followed by rain
Back will come Spahn
followed by Sain
And followed
we hope
by two days of rain.

It was a great poem and there was a lot of truth to that as for a time Sain had joined Warren Spahn in being an elite Pitcher.  Sain played in 1942 for one season before he served the U.S. in World War II and upon his return to Major League Baseball in 1946 he would go on a three season streak of 20 Wins, the first season seeing him finish fifth in MVP voting and the third would be a second place finish.  That year was when the Braves won the National League Pennant though they would fail to win the World Series.  He would win 20 Games again in 1950 and would win 104 overall for the Braves.

The Braves selected Sain to their Hall of Fame in 2002.