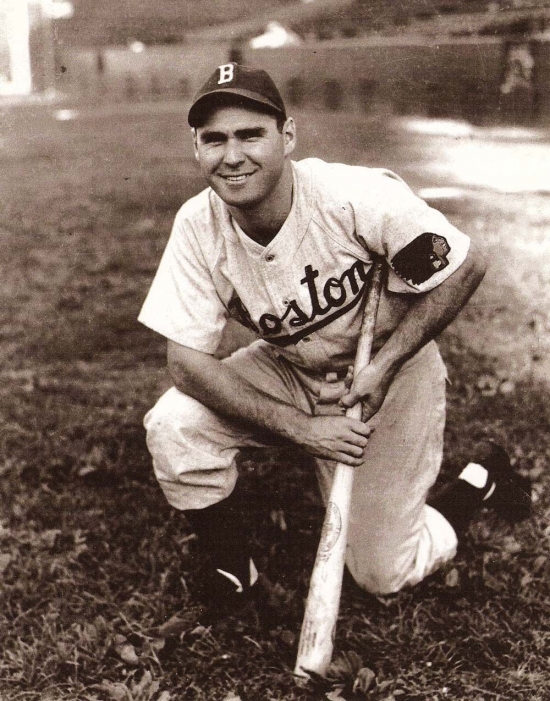 A member of the Boston Braves for his entire career except for the last one (which was with Brooklyn) Tommy Holmes was one of the most popular players when the team was in Boston.

As a rookie in 1942, Holmes had 155 Hits with a .278 Batting Average and repeated with similar numbers in ‘43.  Holmes would have his first .300 season in ’44 and in 1945 he exploded with would be by far his best season in Baseball.  That season he had a 37 Game Hitting Streak (the longest in 40 years in the NL) with league-leading 224 Hits, 47 Doubles, 28 Home Runs, and a .997 OPS.  Holmes also finished first in bWAR and was the runner-up for the MVP to Phil Caravetta, though in retrospect he should not have lost to him.

Holmes continued to play well with three more .300 seasons and an All-Star appearance in 1948.  That season he would take the Braves to the National League pennant, although they would lose to the Cleveland Indians.