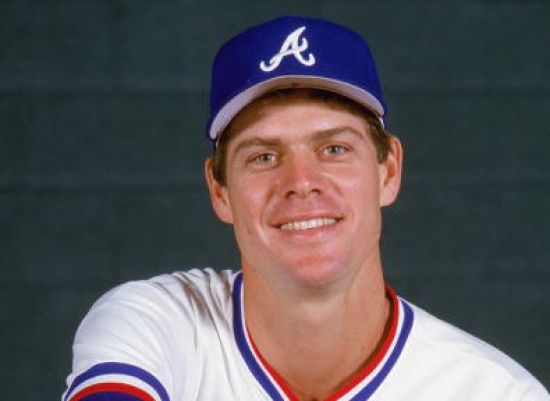 Dale Murphy was the offensive star of the Atlanta Braves through the 1980s and was also one of the top power hitters of the game.  Murphy was named the National League MVP in back-to-back seasons (1982 & 1983) and he would finish atop the NL leaderboard in Runs Batted In while also being named an All-Star, a Silver Slugger, and a Gold Glove winner.  The next two seasons were almost as good as he while he was not the MVP he would repeat the All-Star/Silver Slugger/Gold Glove trifecta and would win the Home Run Title in both of those years.  The seven-time All-Star would have six 30 Home Run seasons with 371 in total for Atlanta along with 1,143 Runs Batted In.  He was also the National League leader in OPS in 1983 and would finish second in the following three seasons.

Murphy remains a very well-known figure in Atlanta and is considered by many in the Peach State to be one of the biggest Baseball Hall of Fame snubs.