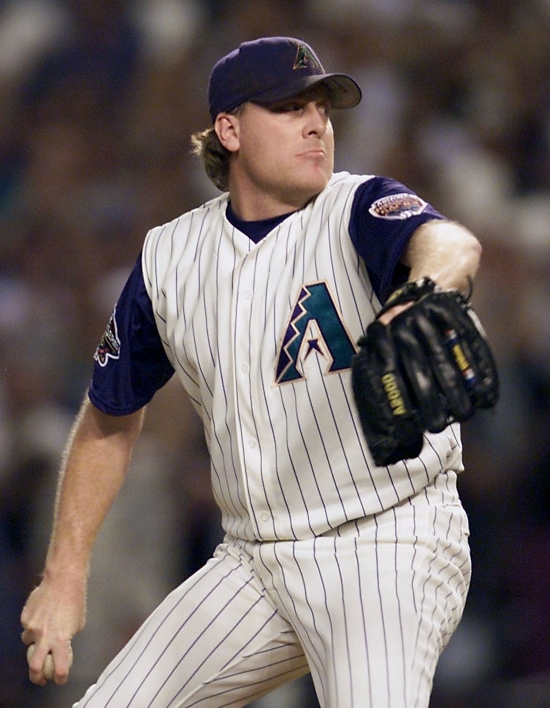 Curt Schilling did not spend a long time in Arizona (three and a half years) but nobody can dispute the impact that he had as a Diamondback.

Schilling arrived midway through the 2000 season and was the perfect compliment to Randy Johnson as the most potent 1-2 punch in baseball.  Schilling was the Cy Young runner-up to Johnson in both 2001 and 2002, winning 45 games in that time frame while also leading the NL in FIP and WHIP in the 2002 season.

Another reason that Schilling might be ranked unusually high (again based on his tenure) was his incredible performance in the 2001 Playoffs.  Schilling went 4-0 with an ERA of 1.05 and a WHIP under 0.700.  He was the co-winner of the World Series MVP (with Johnson, naturally) and that World Series win does not happen without Schilling.