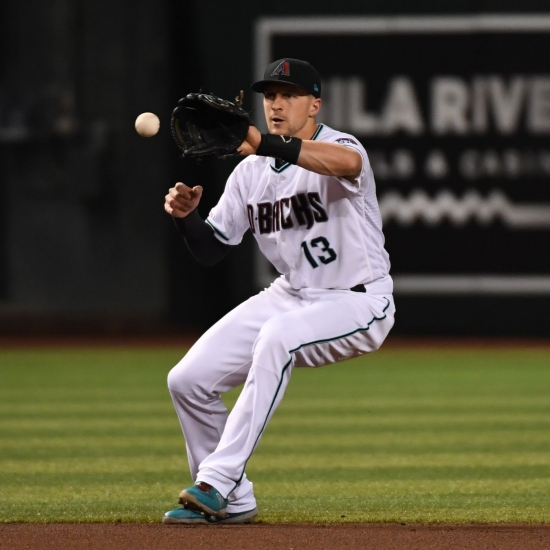 Nick Ahmed never played with the team who drafted him, the Atlanta Braves, as he was dealt as a prospect to the Arizona Diamondbacks, which to date is the only pro team he has ever played for.

Ahmed first made the D-Backs in 2014, appearing in 24 Games, and he would win the starting Shortstop role the following year, although injuries prevented him from showing off what he could do in a full season from 2015-17.  This changed in 2018, when he was healthy, and his defensive skills were on full display, as he won his first Gold Glove, and he led the National League in Defensive bWAR.  Ahmed won the Gold Glove again in 2019, with a fifth-place finish in Defensive bWAR.

Ahmed has not been known for his hitting, and his career Batting Average is only .236, and he has an On Base Percentage below .3000.  He is however coming off of two straight 16 Home Run years, so the Shortstop does have some value with his bat.