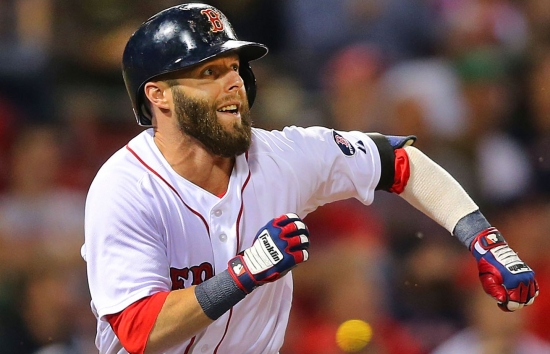 Dustin Pedroia debuted in 2006 with the Red Sox two seasons after being drafted in the second round, and it did not take him long to prove that he belonged in the upper tier of American League players.

Playing at Second Base, Pedroia was still considered a rookie in 2007, and he would win the Rookie of the Year award with a .317 Batting Average and 165 Hits.  That season, he helped the BoSox win the World Series, and Pedroia was cemented as a nationally known baseball star.  Pedroia had an even better 2008, winning the AL MVP, leasing the league in Runs Scored (118), Hits (213), Doubles (54), was an All-Star, Silver Slugger, and Gold Glove winner.  That was Pedroia’s best year, but he was far from done.

The infielder had three more .300 seasons and won three more Gold Gloves.  For a small in stature baseball player, he had good power with five 15 Home Run seasons, and he was also able to steal 20 bases four times.  Pedroia was considered one of the dugout leaders and won two more World Series Rings (2013 & 2018).

Should Dustin Pedroia be in the Hall of Fame?