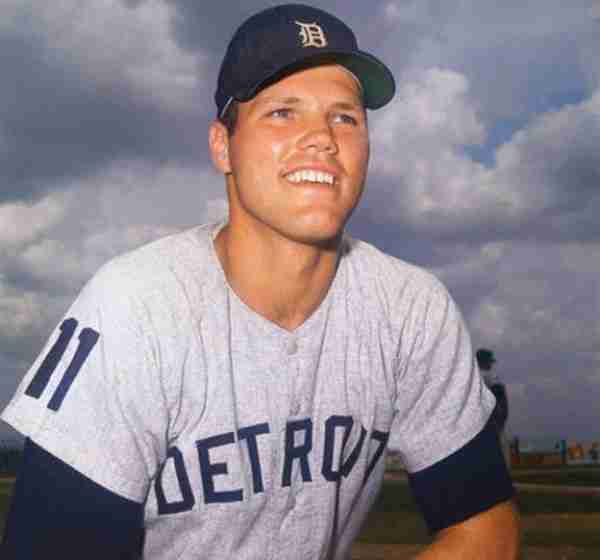 You would not think that an eleven-time All-Star would be forgotten among Hall of Fame consideration, but in the case of career-long Detroit Tiger, Bill Freehan that appears to be the reality.

Bill Freehan gained a lot of respect among those in the Major Leagues.  He may not have been a huge force with his bat (though he did have a few respectable seasons), but he was among the best in handling a pitching staff and the defensive roles of a professional catcher.  It was primarily through these attributes that Freehan gained as much MVP support as he did as he was a serious contender in two seasons.  Freehan may not have won the MVP, but he did win the Gold Glove five times and was an All-Star eleven times.

Bill Freehan never was a regular in any top ten offensive categories, but few catchers were when he played.  He did more than most at that position and as such a great overall ballplayer, it is curious that the respect he got in terms of post-season awards did not translate into a larger Hall of Fame vote.


Should Bill Freehan be in the Hall of Fame?

0 #4 Sean DeMarco SeanAKADeViLzzz 2016-10-08 11:10
I know he played a different position than Ozzie Smith but similar players in terms of what they could do for a team and if Ozzie can be in the HOF so can Freehan.
Quote
0 #3 Jeff in Michigan 2016-01-07 21:11
15-year career with the Detroit Tigers. The premier catcher in the American League for several years from the 1960s into the early 1970s, he was named an All-Star in each of the 11 seasons in which he caught at least 75 games, and was the MVP runner-up with the 1968 champions for his handling of a pitching staff that included Mickey Lolich and Denny McLain, who became the first 30-game winner in the majors since 1934. A five-time Gold Glove Award winner,[2] Freehan held the major league record for highest career fielding percentage (.9933) until 2002, and also the records for career putouts (9,941) and total chances (10,734) from 1975 until the late 1980s;[3] he ranked ninth in major league history in games caught (1,581) at the end of his career. His career totals of 200 home runs and 2,502 total bases placed him behind only Yogi Berra and Bill Dickey among AL catchers when he retired.
Quote
0 #2 John Smith 2015-04-30 04:20
Catcher has been a tough position for the BBWA. In the last 40 years only Bench, Fisk and Carter have been elected, only Bench in his first year. Both Simmons and Freehan should be in the Hall, Simmons for his offense and Freehan for his defense.
Quote
0 #1 John J 2015-01-23 03:35
But Gary Carter DOES get in? What in the hell is going on? It's like he wasn't even an afterthought ...or even remotely considered. What is wrong with Detroit writers. Shouldn't they lobby? Where was Joe Falls? Look at Carter and Freehan's stats. ???? Freehan had more Gold Gloves. It's not right...and unfair. Man.....I may just decide to take Cooperstown of my bucket list .... and not just because of this travesty. Personally ... neither belong. But if Carter is in why wasn't Freehan given more scrutiny.
Quote
Refresh comments list
RSS feed for comments to this post