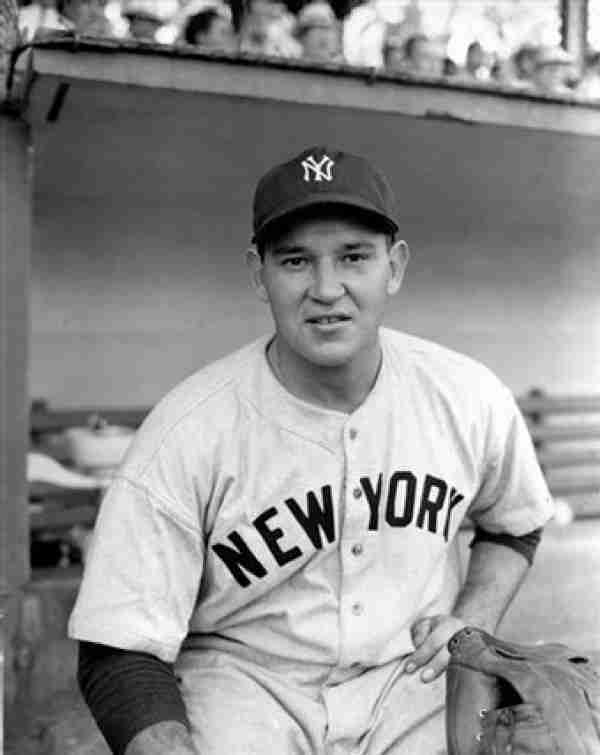 The man called “Superchief” was one of the great right handed pitchers of the New York Yankees.  Allie Reynolds was the first man to toss two no-hitters in a season in the American League though that was just a small sample of what he accomplished.

The Yankees were a loaded team, and Allie Reynolds was a huge part of that.  During the Superchief’s tenure, the Bronx Bombers captured six World Series.  His post-season record was 7 and 2, and he was starting as well as relieving as shown by his four saves.  This was the same type of way he was used in the regular season as Allie often cam out of the pen as well as start.  Basically, the flamethrower did whatever was called upon to get the win for his team.

Because of this, Allie Reynolds can not be solely judged on wins and losses.  He was not always placed in positions where he could win games and he would have easily had more victories if he was used primarily as a starter.  Regardless, baseball knew what they had as he was a perennial All-Star regardless of how he was used.

Quote
0 #2 Site Admin -0001-11-30 00:00
Thanks, DDT. It's fixed -- just click the "Pitchi ng" link above the stats.:)
Quote
0 #1 Darryl Tahirali -0001-11-30 00:00
Note to site admins: There needs to be a correction here. You have posted Reynolds' ;s batting statistics, not his pitching statistics. Readers can of course look up his stats at any number of baseball sites, but for sake of convenience here it would be nice to see what he did as a pitcher. That scintillatin g offensive slash line of .163/.223/.1 98 is hardly going to convince the Veterans' ; Committee to get him into Cooperstown . . . ;)
Quote
Refresh comments list
RSS feed for comments to this post