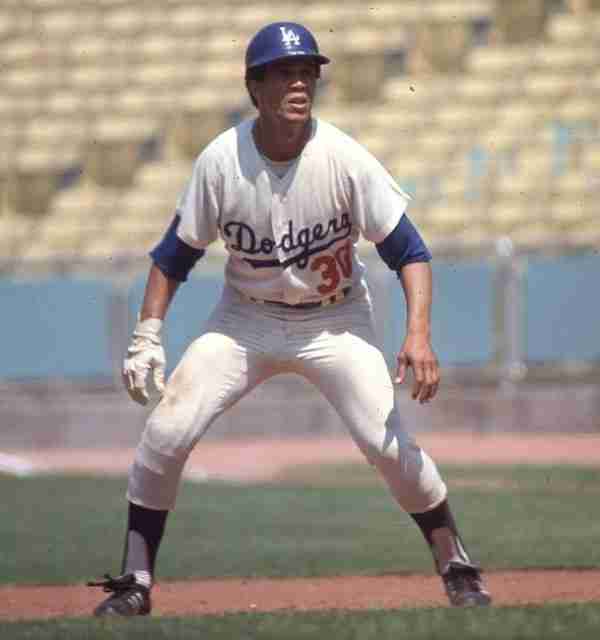 Maury Wills did not make the Major Leagues until he was 26 years old yet still managed to rack up over 2,000 hits in his career.  What numbers would he have put up if he cracked a big league roster earlier and would it have been enough to make him a member of the Hall of Fame?

Maury Wills might be known first in any baseball reference guide as the winner of the National League MVP award in 1962, but his real contribution was how he changed the perception on how runs could be scored.  Wills was not the first man to be a star on the base paths, but he did usher in its renaissance.  Wills was the first to steal over 100 bases and it wasn’t long before teams across the country looked for a Wills type player to leadoff their lineup.  Wills would go on to lead the NL in steals on six occasions.

Maury Wills however was not the perfect leadoff man.  Wills did not walk enough and his overall On Base Percentage was not ideal.  He also suffered from a post playing career where his managing stint with Seattle is considered the worst in baseball history and he often rubbed baseball writers the wrong way.  Maury Wills may not have been the best base stealer in history but he did change the way the game was played for awhile and that is certainly a huge pro on his Hall of Fame ledger.

Should Maury Wills be in the Hall of Fame?

Should Maury Wills be in the Hall of Fame?

0 #2 joe kaufman 2020-05-17 15:05
why is Maury Willis not in Coopertwon
Quote
+1 #1 Darryl Tahirali -0001-11-30 00:00
it's a fair point that Wills didn't get to the majors until his mid-20s--but would that have moved him into a more elite circle, or just have helped him become a compiler?Wit h a few more years under his belt, I could see him approaching the 1300-1400 mark for runs scored and the 800-900 mark for stolen bases. (Don't forget, though, that an earlier start doesn't necessarily mean that he would have played through his age-39 year, as he did. Injuries and attrition could have forced an earlier retirement.) As it stands now, Wills looks, superficiall y, like a Vince Coleman at a high-skill position, a one-trick pony. I do think Wills was a game-changer with his speed, ahead of Lou Brock by a couple of years (who didn't start to steal a lot of bags until Wills slowed down, interestingl y enough). For his era, Wills was a standout all-around shortstop (his offensive ability edged his defensive value), and Bill James has him pegged as one of the top 20 shortstops of all time. Since there are more than 20 shortstops in the HoF, you might think Wills is a snub. John Ward's basic numbers are very similar to Wills's, and Dave Bancroft, Rabbit Maranville, and Joe Tinker, among others, are dubious Hall picks, at least compared to Wills.As for his notorious managing career, that shouldn' t figure into his Hall qualificatio ns as a player. However, a lot of things shouldn' t figure into snubs and picks, but they do.With respect to his playing career, as a small-Hall guy, though, I say no way on Wills. (I do remember him being in a Get Smart episode, though.)
Quote
Refresh comments list
RSS feed for comments to this post