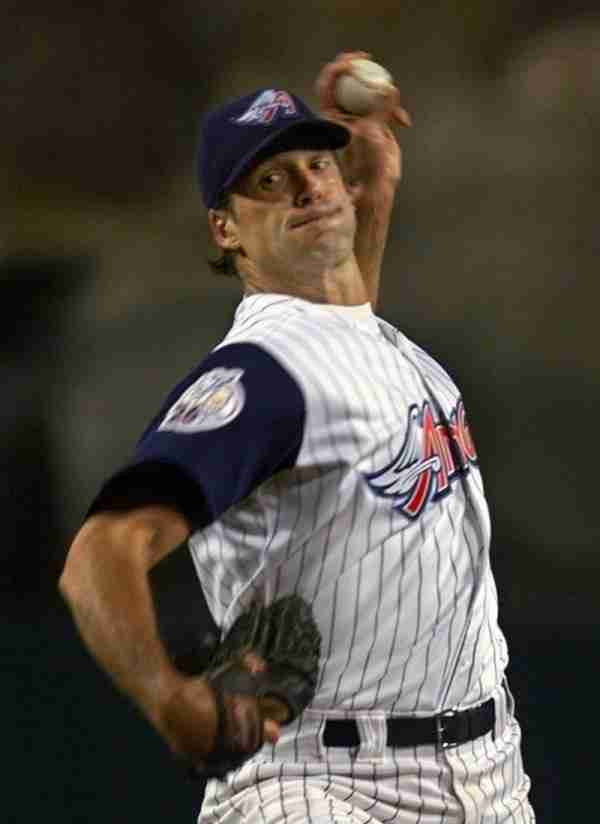 Sadly, like our Notinhalloffame entry for Whitesnake brings about thoughts of Tawny Kitaen; our Chuck Finley Baseball entry conjures up the same image; although this image is not her straddling a sports car, but hitting a Pitcher over the head with a stiletto.


The second Mr. Kitaen, is Chuck Finley, a powerful southpaw with 200 career wins. Finley spent many years as the ace for the sub-par Angels, and as such remained largely under the radar despite being a valuable commodity as a left-handed power pitcher. With an armament of fastballs, slurves and an especially devastating forkball, Chuck Finley managed to rack up a lot of strikeouts and would set many Angels pitching records.

Finley did not receive a lot (or really any) support for the Hall of Fame when he was eligible in 2008, but with a career WAR of 55.0 and his status as an innings eater on bad teams, he should have received a better look than he did.

Should Chuck Finley be in the Hall of Fame?

Should Chuck Finley be in the Hall of Fame?